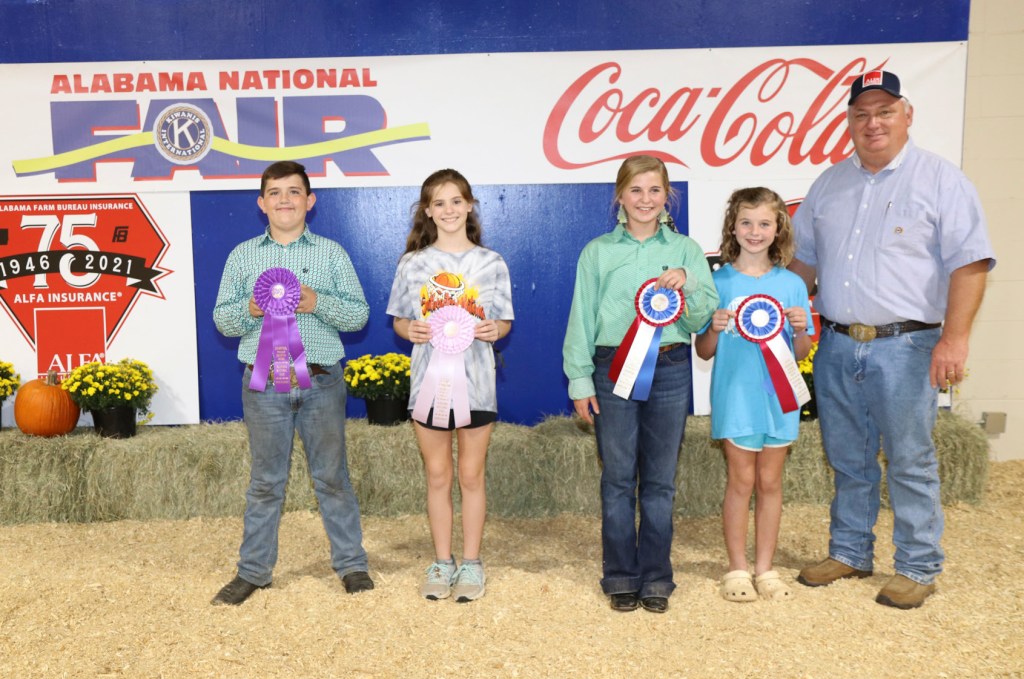 In Showmanship, the exhibitor is judged on criteria including how well they set up their animal, eye contact with the judge and ability to move around the ring with their animal. The Premier   Exhibitor contest awards exhibitors based on their overall performance during the entire show as well as their score on a written test.

In all other classes and drives, ribbons are awarded based on the animal’s performance and qualities.

Alabama Farmers Federation President Jimmy Parnell expressed congratulations to all winners in the Alabama National Fair 2021 and to all participants for their dedication and commitment and jobs well done.