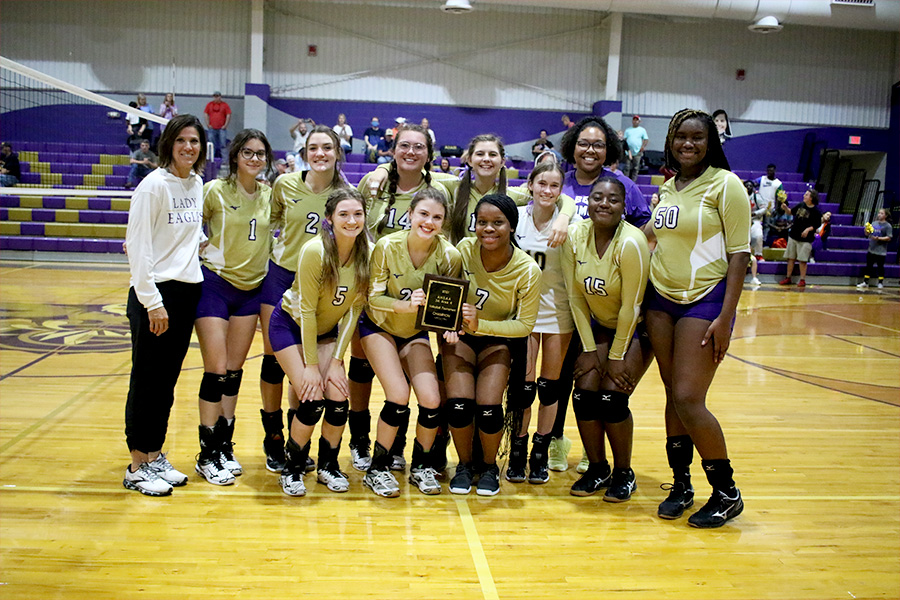 The Eagles picked up a pair of wins on their way to an area championship.

“I was thrilled and very proud of them,” head coach Amy Warrick said. “This is not as an experienced team as we have had in the past. If they are experienced, they are playing new positions. They have probably come further than any team I’ve ever coached. When we first started I didn’t know if we were going to have a chance, but they worked really hard and bonded.”

Tuesday’s championship was Goshen’s first as a member of Class 3A.

“They have done everything I have asked of them,” Warrick said. “For them to have this success is great, especially in this area. This is the first time we have ever won in 3A. Against Opp, New Brockton and Pike County, that’s good competition.”

The Eagles will take the rest of the week off before preparing for next week’s regional tournament.

“We are going to keep with what we are doing,” Warrick said. “I’m going to give them kind of a break. We have some nagging injuries and we have to give some of our girls some rest. We go to regionals on Wednesday, so we’ll start practicing on Sunday.”