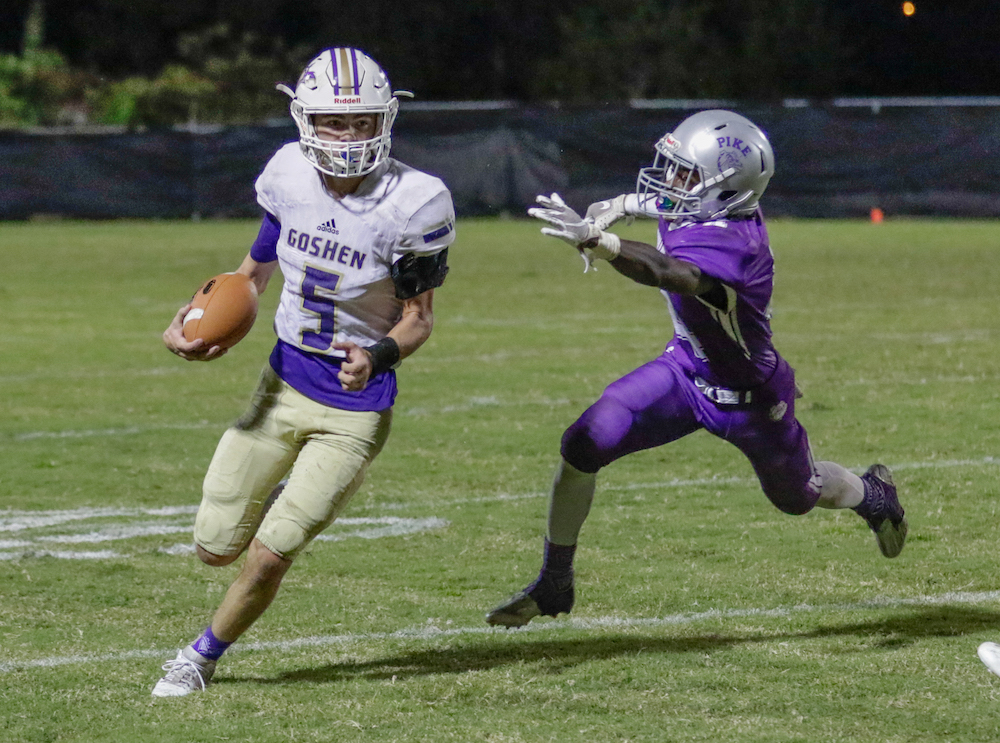 The Goshen Eagles picked up their first win last week. This week they celebrate homecoming when the Beulah Bobcats pay a visit to Eagles Stadium in Goshen.

The Eagles broke into the win column last week with a 15-13 win over rival Pike County in Brundidge. The win for the Eagles improved their record on the season to 1-7 overall and 1-4 in region play.

“One way to describe it was relentless,” head coach Don Moore said. “We got down early and responded right back. It was a full team effort. Everybody contributed to that win. The guys played their butts off. Couldn’t be more proud of them for what they accomplished last week.”

With two games remaining on their schedule, Moore and the Eagles are hoping to finish the season on a high note and build for the future..

“We are looking forward to finishing out the year on a high note,” Moore said. “We are getting ready for next year. We have a lot of young guys on the team and the future here is bright right now.”

The Eagles will take on a Beulah team that is 1-6 overall and 1-4 in region play. The Bobcats are coming off a 48-7 loss against Reeltown last week. Their lone win came against Pike County in early September.

The Bobcats are averaging 11 points this season.

“Beulah has a really good running back and their quarterback is really good,” Moore said. “I don’t expect it to be pushover by any means. Our guys are going to have to go out there and fight and expect to have another battle like last week.”

This will the fifth meeting between the two schools. Goshen holds the overall lead 3-1. Beulah got the better of the Eagles last season, winning 42-13.