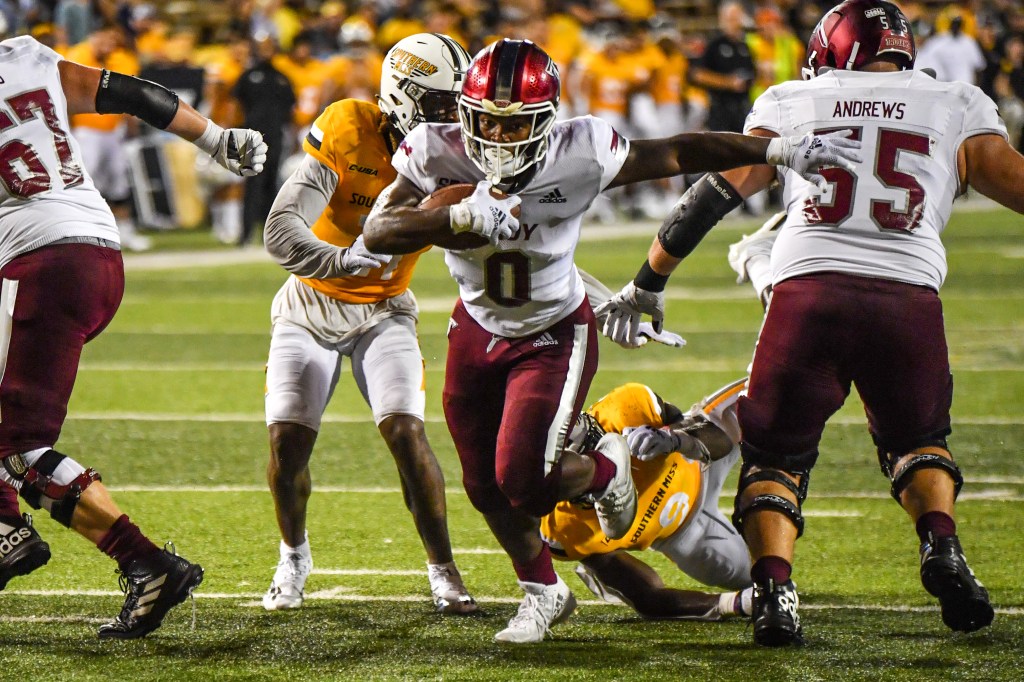 The Troy Trojans get a shot at knocking off a Power 5 opponent on Saturday afternoon when they pay a visit to Columbia, South Carolina, to take on the South Carolina Gamecocks.

It will be the first Power 5 opponent for the Trojans since they took on BYU earlier last season.

“Something we look forward to here in Troy is getting to play these Power 5 or SEC schools,” head coach Chip Lindsey said. “We will have to play very well to have the opportunity to win.

“It’s going to be a challenge for us. We need to be physical and if we do that and get going offensively a little bit then I think we will have a great opportunity.”

The Trojans look to get their first victory over a Power 5 team since they defeated Nebraska in 2018. The Trojans have two victories against Power 5 teams in their last three opportunities.

The Trojans are coming off a disappointing 29-16 loss in the Sun Belt Conference opener agaisnt Louisiana Monroe. They dropped to 2-2 on the season.

The Gamecocks are coming off a 16-10 loss to Kentucky last week and also come into the game with a 2-2 record.

“They had every opportunity to win that game and Kentucky has a good football team,” Lindsey said. “We have our hands full, but at the same time it’s an exciting challenge for us.”

The Trojans will play in front of their largest crowd in nearly two years on Saturday. Quarterback Taylor Powell spent two years playing for the Missouri Tigers in the SEC East. He knows what kind of challenge the atmosphere will provide.

“I’m excited. Been down there before. It’s a heck of an atmosphere,” Powell said. “It’s a lot of fun to play there.”

On the field the Trojans are looking to bounce back from last week’s performance. The Trojan offense finished with 356 total yards last week, but penalties and mistakes played a factor. The Trojans committed 10 penalties for a total of 90 yards and also a 96-yard interception returned for a touchdown against them.

“Obviously we were disappointed,” Powell said. “It always starts and ends with the quarterback. Obviously I didn’t get the job done. We didn’t make enough plays to win the game. Have to get back into the details of executing.”

The Trojans will be going up against a Gamecock defense that has allowed 18.3 points per game and holds opponents to 158 yards in the air each week, good enough for 18th best in the country.

“Very sound,” Lindsey said. “Those guys are going to play extremely hard. They have some really good players on that side of the ball.”

The Troy defense held the Warhawks to 297 yards last week, including 168 yards through the air. The Trojan defense enters this game allowing 146 passing yards per game, 10th best in the country.

“Overall, I was proud of the defense,” Lindsey said. “They continue to play well.”

Troy’s defense will be tasked with stopping a South Carolina offense averaging 22 points per game. After scoring 46 points in their opening win over Eastern Illinois, the Gamecocks haven’t scored more than 20 points since.

Luke Doty will be under center for the Gamecocks, someone that Lindsey knows well.

“I recruited Luke at previous stops. I know him very well,” Lindsey said. “He is a really good athlete and competitor. I’m sure they are happy to get him back.”

Doty missed the first two games due to injury, but took over the starting duties against Georgia two weeks ago. Doty has completed 59 percent of his passes for 311 yards and has two touchdowns to go along with on interception.

Saturday’s game will be the fourth meeting between the two schools. USC has won the prior three meetings against the Trojans, including their last meeting in 2010, 69-24.