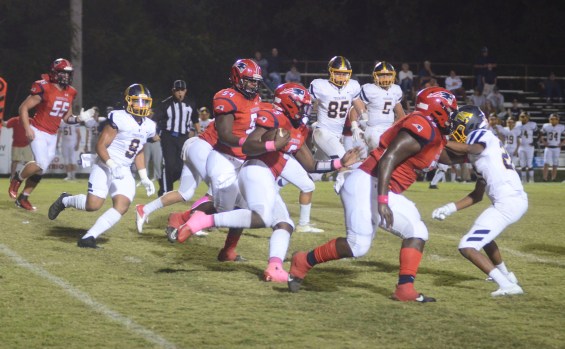 Mike Hensley | The Messenger Kam Baker runs for the Patriots against Tuscaloosa Academy on Friday night. 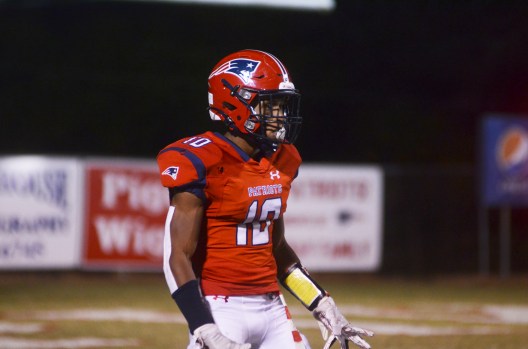 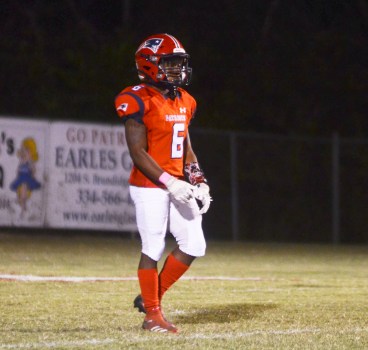 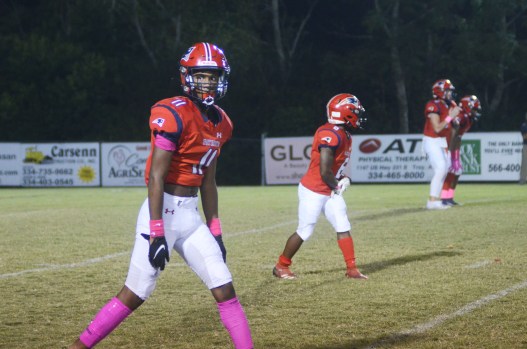 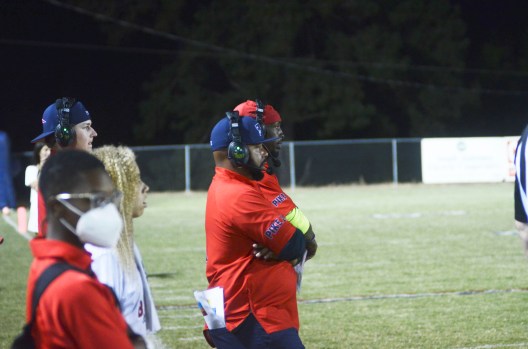 The Patriots stretched their winning streak to six games and are now 6-1 on the year.

The Knights scored 14 points without their offense stepping foot onto the football field. The Patriots responded with 42 unanswered points.

After a three and out by the Pike offense, the Patriots failed to down the ensuing punt and the Knights picked up the ball and returned it 62 yards for the game’s first touchdown.

On the Patriots next drive, the Knights picked off a Cason Eubanks pass and returned it for a 50-yard score.

The Patriots offense got on track on their next possession. After a 41-yard reception by Ian Foster, Zakevin Pennington rumbled his way in for a seven-yard touchdown, cutting Pike’s deficit in half.

The Knights then embarked on a nine-play drive, but it ended with a missed 42-yard field goal.

The Patriot offense had a lengthy drive of their own starting on their own 15-yard line. The Patriots marched down the field in 14 plays, ending with a two-yard touchdown run by Kam Baker, eventually tying the game at 14 midway through the second quarter.

The Patriots marched into the locker room at halftime with the lead after Baker scored his second touchdown of the half, this time from one yard out, putting the Patriots up 21-14.

Ian Foster kicked off the second half with an interception for the Patriot defense. Three plays into their drive Pennington scored his second touchdown of the game, this time from 38 yards, putting the Patriots up 28-14.

The lead grew two possessions later when Pennington capped off a five-play drive with a two-yard touchdown run.

The Patriots closed out the scoring early in the fourth quarter when Ian Foster returned a punt 41 yards for a score, putting the Patriots up 42-14 after a successful extra point by Cade Renfroe.

The Patriots will have a bye next Friday. They will return to action on October 15 against Valiant Cross.