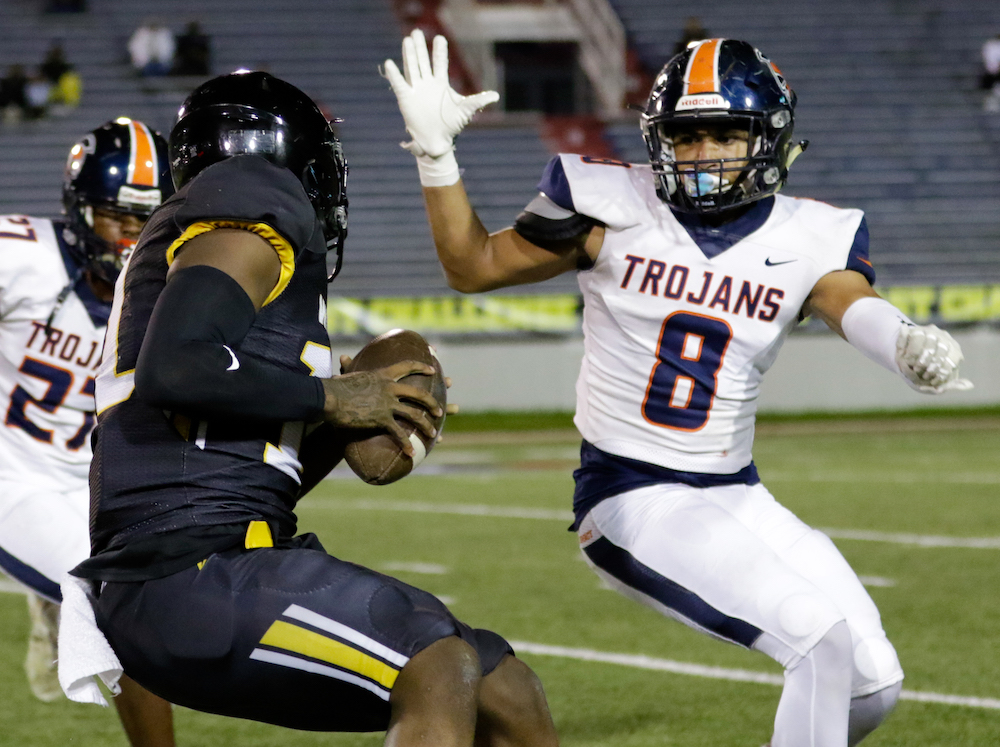 The Charles Henderson Trojans will have perhaps their toughest challenge of the year when the Pike Road Patriots visit to Veterans Memorial Stadium on Friday night.

The Trojans are in search of their first win of the season. To do so on Friday night they will have to defeat a team that enters the contest ranked number one in Class 5A.

“We hope to get a win,” head coach Quinn Hambrite said. “They are a good football team. They are stacked over there with talent. I want to see our guys compete, have fun and win the game. That’s the ultimate goal every time we go into a game. We expect to win, that’s the mentality I’m trying to preach to them.”

The Trojan offense has picked up the pace in recent weeks. After averaging six points per game over the first three games, the Trojans have totaled 40 points in the last two games.

“We have seen guys step up and make plays,” Hambrite said. “The passing game is really the key to our offense right now. We are passing the ball around. Even with all the passing yards Parker Adams has been getting, we are still averaging five to six drops per game. We just have to catch the ball. Parker is finding his rhythm within the offense. He has the trains on the right track right now.”

Jywon Boyd has been a force in the Trojan offense in recent weeks. Two weeks ago Boyd finished with seven receptions for 127 yards. He scored twice on two point conversion attempts and on defense he finished with 16 total tackles.

“He is a kid who works hard on and off the field,” Hambrite said. “He doesn’t skip reps in the weight room and it shows on Friday nights. Jywon, the last few games has had close to 300 receiving yards in the last two games. He is special.”

The Trojans will be going up against a Patriot defense that hasn’t allowed more than 15 points since their 76-51 loss to McGill-Toolen in the season opener. The Patriot defense has two shutouts since then had has allowed 21 points.

The Patriot offense has scored more than 50 points three times this season. They are averaging 51 points per game and are outscoring their opponents 257-72 this season.

“Offensively they are going to try and get you confused and off balance,” Hambrite said. “We have been practicing, making sure we are reading our keys and staying patient.

Defensively, they rely on their front four. Of course they have Curtis Perry, we played them in the spring game. He has God given talent that I don’t think any other player in the state of Alabama has. He has a motor and he is going to 110 percent every single play. We challenged our guys and we will see tomorrow if they’re up to it.”

This will be the second all-time meeting between the two schools. Pike Road defeated the Trojans in 2020.