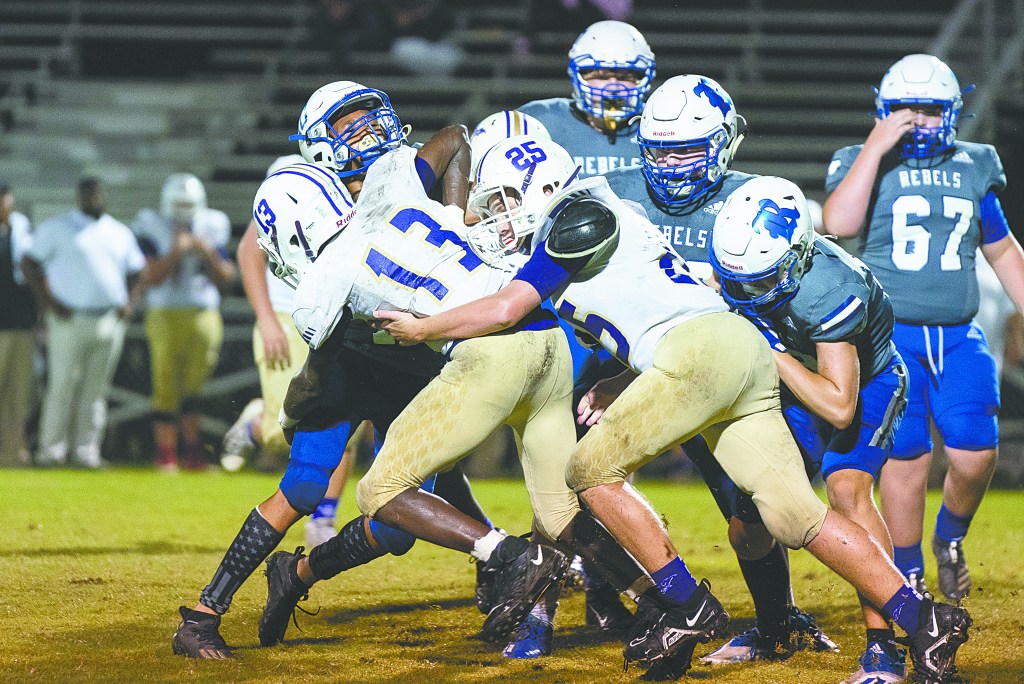 Contributed photo/Jake Arthur|| The Messenger The Goshen Eagles travel to take on Luverne.

The Goshen Eagles hit the road on Friday night to take on rival Luverne in a non-region game at Glenn Daniels Stadium.

Unofficially, the Tigers and the Eagles have met 31 times. The 32nd meeting will begin at 7 p.m. on Friday.

“I tell the kids all the time, if it’s a rivalry game the records kind of go out the window,” head coach Don Moore said. “It depends on which team wants to show up and perform that night.”

The Eagles are looking to snap a three-game losing streak against Luverne. The Tigers and the Eagles were scheduled to play last season, but due to the Eagles playing only region games, the game was scheduled. The Eagles fell to the Tigers 27-26 in 2019.

This season’s game features a 3-0 Tiger team taking on a winless Eagles team.

“They have athletes everywhere,” Moore said. “They really like to get outside and run the ball. They like to establish the outside run and once you start overflowing to those they hit you with some power and some counter. They have the deep threat as well.”

The Eagles come into Friday in search of their first win of the season. They scored their first points two weeks ago against Childersburg, but have been shutout three times this year.

Game time between the Eagles and the Tigers is scheduled for 7 p.m.