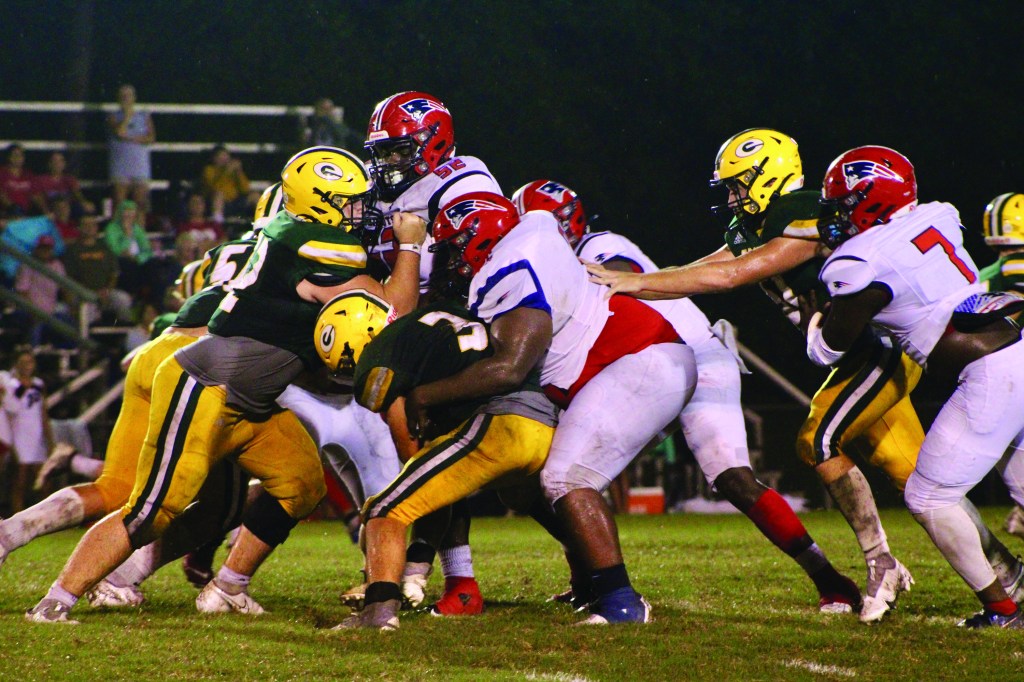 The Pike Liberal Arts Patriots continued their winning ways on Friday night when they knocked off Edgewood Academy 56-0 in Elmore.

The win gives the Patriots their fourth win in a row including a win by forfeit against Crenshaw Christian. The Patriots, in games played, have not allowed a point since playing Escambia Academy to begin the year.

The Patriots totaled 586 yards off offense, including 383 yards on the ground. Zakevin Pennington led the way with 149 yards on six carries to go along with two touchdowns.

Quarterback Cason Eubanks completed 7-of-13 passes for 203 yards and had three touchdowns.

Pennington finished with 1 catch for 88 yards and had a touchdown.

Along with Pennington’s three touchdowns, the Patriots had touchdowns by Markelis Hobdy, Ian Foster, Mario Davenport and Robert Williams.

Defensively, Davis Kilcrease led the way with five tackles. K.C. Bradford and Colton Taylor each had four tackles and Jamarion Fuller had three.

The Patriots will look to stretch their winning streak to five next week when they return home to take on Chambers Academy.