Eagles travel to take on Reeltown 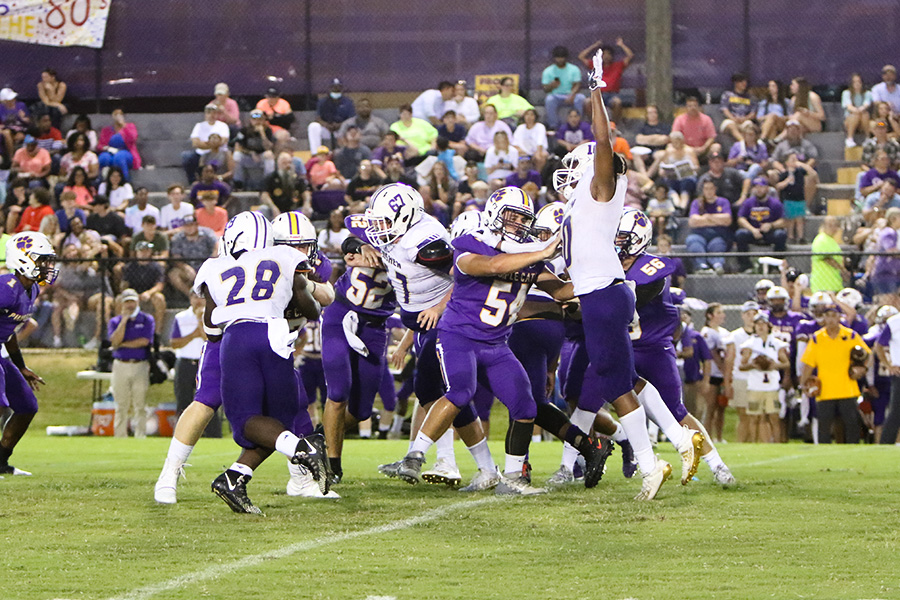 April Brown | The Messenger The Goshen Eagles travel to take on the Reeltown Rebels on Friday night.

The Goshen Eagles look to pick up their first win of the season on Friday night when they travel to take on the Reeltown Rebels.

The Eagles fell to Childersburg 47-8 last week to fall to 0-4 on the season.

This week the Eagles have been battling the elements, trying to prepare for Friday night.

“We are as ready as we can be,” head coach Don Moore said. “It’s been a little rough and rainy. Those are just things you have to deal with. We practiced in it yesterday just trying to get a feel for it. We weren’t out there too long but the guys got to feel the ball when it’s wet and got to see what the field conditions are going to be. We are doing the best we can with it right now.”

The Rebels are coming off a 45-6 loss to Catholic-Montgomery last week and are 1-3 on the year with their only win coming against Childersburg.

“Reeltown has a tradition of being a really good program,” Moore said. “They have another one this year. They are pretty big up front and they like to get after you on both sides of the ball. They have a pretty big running back and a pretty big quarterback. They really like to run and run hard, both of them. I expect them to be a really big running team, especially since that’s what they like to do. It’s up to us to rise to the challenge.”