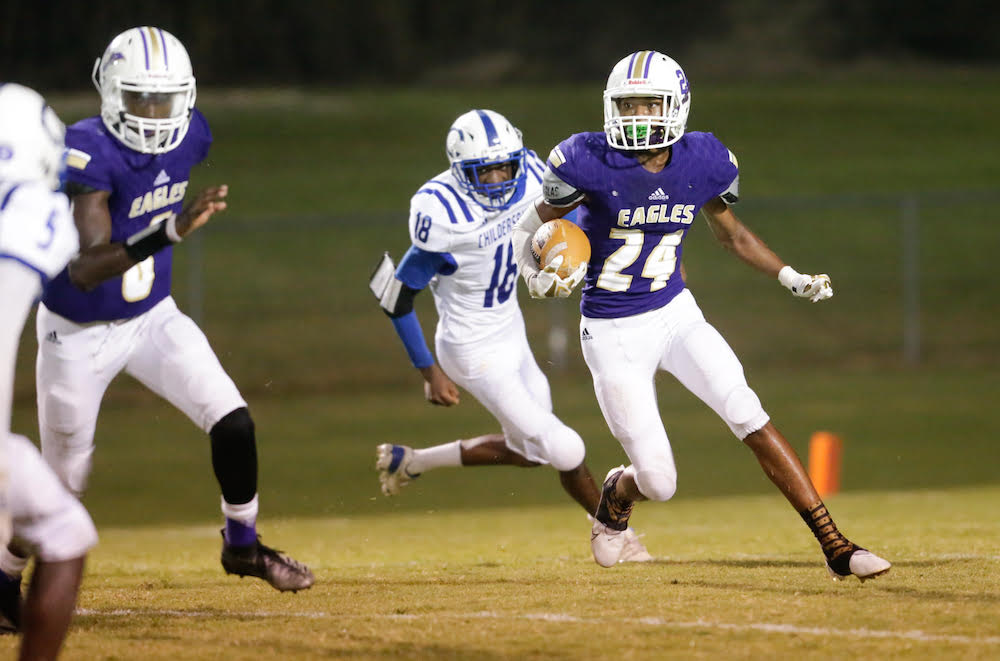 Charles Henderson, Pike Liberal Arts, Goshen, Pike County and Zion Chapel are all in action on Friday night, four of which are still in search of their first win.

The Pike Liberal Arts Patriots ride into Friday night’s contest against Edgewood with a 2-0 record. They are coming off two region wins over Hooper and Lee-Scott.

The Patriots are outscoring their opponents 91-0 in the last two weeks.

Edgewood is 3-1 this season coming into Friday night. They are coming off their first loss of the season last week against Macon-East, 35-19.

Charles Henderson is still in search of their first win under new head coach Quinn Hambrite. They will hit the road to take on Andalusia on Friday night.

The Pike County Bulldogs return home after playing on the road against Dadeville last Friday night. The Bulldogs (0-2) will take on the Trinity Wildcats. Trinity has won it’s last four games and have outscored their opponents 143-15.

The Goshen Eagles will travel this Friday night to Reeltown to take on the Rebels in search of their first win. The Eagles are coming off a loss last week to Childersburg. The Rebels are 1-1 in region play with a win over Childersburg and a loss to Montgomery Catholic.