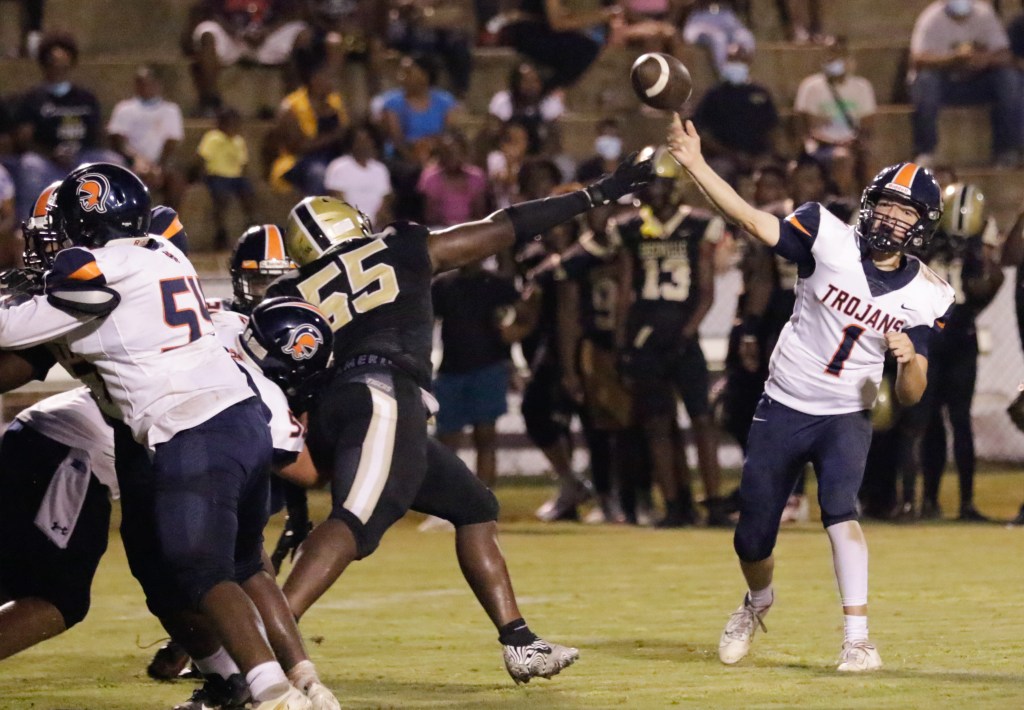 The Trojans (0-2, 0-1) will play in a total of three Thursday night games this season. After taking on Early County on Thursday, the Trojans will travel to play Williamson on Thursday, Sept. 23 and Rehobeth on Thursday, Oct. 7.

“It’s different,” head coach Quinn Hambrite said. “Sunday practice is usually for correction, weights and we watch film from last week. This Sunday we had to go in shells. We didn’t have school on Monday. I told them labor means work, so we were here at 7:00 in the morning. Thursday games are fine. It’s the Friday mornings when the kids have to realize they still have school. Worst thing about Thursday games is Friday morning.”

The Trojans fell to 0-2 last week when they traveled to take on Greenville in the region opener.

“They played well and they played hard,” Hambrite said. “We were physical up front. We ran the ball pretty well. We did pretty much what we wanted to do on offense. Defensively, we were out of place in certain areas, but for the most part we did what we needed to do to stop them. Ultimately they came back and won the game, but I was pleased with the effort for four quarters.

“It’s not where I want it to be yet, but from the previous week to last week, it’s a drastic improvement. If we continue to improve we can continue to get better and good things will happen for us.”

The Trojans welcome in Early County out of Georgia. Early County competes in 3A in the state of Georgia and come in with a 1-1 record. They fell to Pelham 26-21 last Friday night.

“Early County is well coached,” Hambrite said. “They are a playoff team. 2A in Georgia has the same amount of students as 5A in Alabama. They are a wing-t team, a wishbone team. They are going to run the ball until they can’t run it anymore. You can’t fall asleep on the passing game. They will lull you to sleep with the run game and then throw it over the top. We have to be disciplined with our eyes and our assignments.”

Kickoff between Early County and the Trojans is set for 7 p.m.