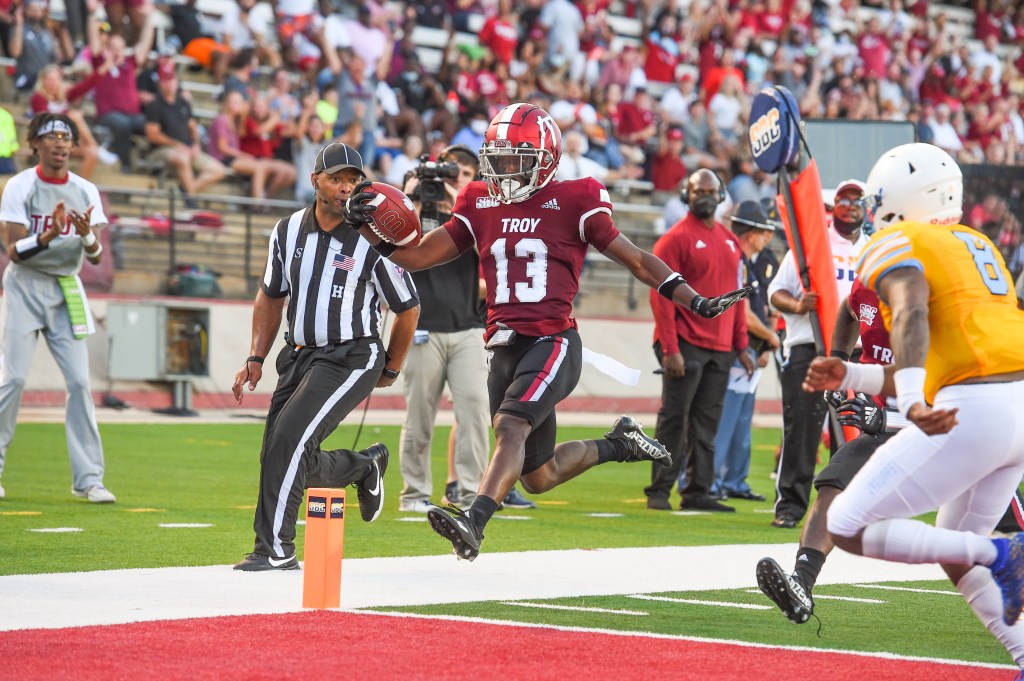 The Troy defense forced four turnovers in their comfortable win over Southern on Saturday. Two of them came from cornerback Zion Williams.

Williams hauled in two interceptions for the Trojan defense, one he returned for a 19-yard touchdown to put the Trojans up 21-0 in the second quarter.

For his efforts, Williams was named the Sun Belt Conference Defensive Player of the Week.

“Zion made a big time play and scored with it,” head coach Chip Lindsey said about the interception returned for a touchdown. “I’m really proud of Zion. He has really matured since he got here last year. It took him a while to get into rhythm. He had a great spring and a great fall camp. He’ll tell you that room is very competitive. I was really pleased with him tonight.”

The two pics by Williams were his first with the Trojans. It was his first touchdown since playing junior college football at Iowa Western

Williams and the Troy defense held the Jaguars to 189 total yards, the fewest allowed by the Trojans since the 2019 season.