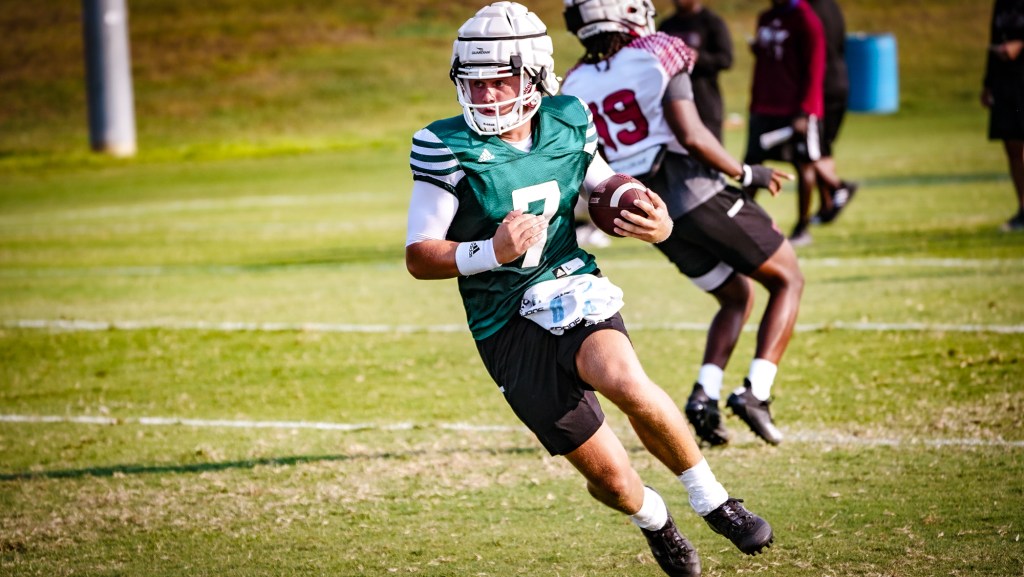 The Troy Trojans open the 2021 season on Saturday evening against Southern. On Tuesday, head coach Chip Lindsey released the first official depth chart of the season.

Quarterback Taylor Powell arrived in Troy this spring and almost immediately was involved in a competition for the starting spot with incumbent Gunnar Watson. After a tight battle between the two quarterbacks, Powell was named starter late last week.

“I thought they both played well,” Lindsey said. “It was good to get Taylor here. The competition went all the way through summer. At the end of the day you have to pick somebody and we thought both guys were very close and both played well. We went with Taylor and like other positions; the guy has to play well to keep the position. We expect him to do that, but the good thing is we have a guy like Gunnar as a backup and he has a lot of experience and has played some games.”

Powell got the news during a meeting with coach Lindsey. Powell will lean on Gunnar’s knowledge of the offense during games.

“We each individually met with coach Lindsey and he told me I was the starter against Southern,” Powell said. “It was a close battle. Gunnar and me really pushed each other; he is one of my best friends I have here. That relationship will always be great. I will always ask him about the offense and ask what he thinks about certain plays, certain looks.”

Bruce will start over Scott Taylor Renfroe and Kyle Coale on Saturday night.

“Like any position, competition makes everybody better,” Lindsey said. “They all have different roles and different things they are good at. We are trying to settle on what we think gives us the best opportunity to execute; whether it’s a field goal, a PAT or a kickoff.

“I think we have three or four guys who we can count on. It’s been a heated competition. The guys who gets the opportunity first need to take advantage of it.”

The Troy offense will feature a deep running back group that will have around four guys running the football this season. The most experience of the runners in Troy’s backfield will be B.J. Smith, who is starting year six with the Trojans. Smith has accumulated 1,831 yards in his career.

Although Vidal is listed number one heading into the opener, Lindsey feels like he has a total of four guys who are capable of playing at a high level.

“B.J. is a veteran who is going to play a ton for us whether he is listed as the top guy or not,” Lindsey said. “Kimani obviously played well for us in the year he has been here. We feel like we have four guys who can really play when you throw in Jamontez Woods and DK Billingsley, who has played a lot for us. I feel really good about that room. They all have different roles depending on what we are doing.

“There might be a game when B.J. goes out there first. For us, the depth chart depends on what personnel group we are in and what we are trying to do.”

Defensively, the line will include defensive end John Hines, tackle Will Choloh and nose tackle Luis Medina. The starting bandit will be Richard Jibunor and the linebackers will be Carlton Martial and KJ Robertson.

The spear will be T.J. Harris, and Elijah Culp and Reddy Stewart will be the starting cornerbacks.

Kickoff between the Trojans and the Jaguars is set for 6 p.m.