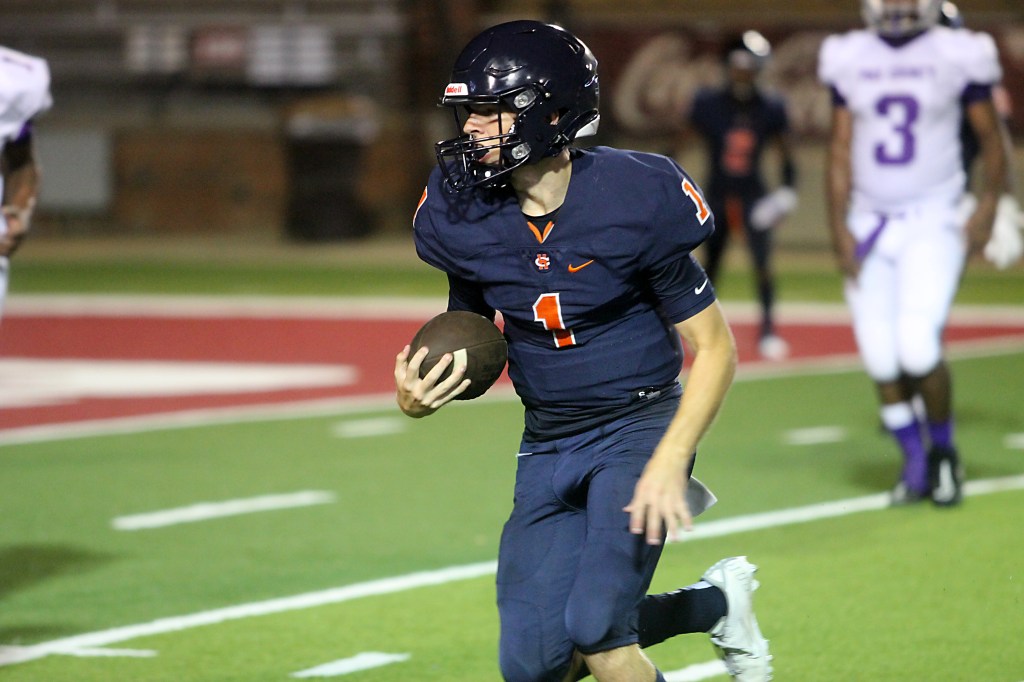 The Charles Henderson Trojans put their joy of beating rival Pike County last Friday night behind them and began preparations this week for their matchup with Class 3A runner-up Montgomery Catholic.

After defeating the Bulldogs 34-0 in an exhibition last Friday, head coach Quinn Hambrite had to shift his players’ focus to the next game on Friday night.

“We were a little sluggish early in the week,” Hambrite said. “I had to get on to them because they need to learn how to practice after a win. There is a lot more work to do, but after that talk they have been getting after it and going full speed. Everything is going well.”

Despite their 34-point win last week, it wasn’t a perfect game for the Trojans. Hambrite wanted his players to cut down on the penalties committed this week. Hambrite believes that issue has been addressed and he is confident in a better a result on Friday.

“We coached them up exactly the way we needed to,” Hambrite said. “Hopefully we don’t come up with new mistakes during this game, but ultimately we did a pretty good job of fixing those mistakes and coming up a pretty good game plan.”

Although it was just a preseason game, the Trojan players saw a boost in their confidence level.

“Having a win whether it’s a preseason game or against a 1A or a 5A school, it’s a win,” Hambrite said. “Now they know they can compete at a high level regardless of the level of competition. The way we came out and controlled the game, I think that confidence going into the game against Montgomery Catholic is much needed.”

Following the win excitement continues to grow for the Trojans this season.

The Knights are the defending Class 3A Region 4 champions. They advanced to the Class 3A State Championship last season. They defeated B.B. Comer last week to open the season, 35-0.

“They are sound on defense,” Hambrite said. “They don’t make many mistakes; they are pretty much where they need to be all the time. When they aren’t where they need to be we need to capitalize on those things. We need to win up front both offensively and defensively. Offensively they can run the ball. Their running back is tough, he his fast. His feet never stop moving.

“Their quarterback can throw it 50 yards in the air. We have to make sure we don’t fall asleep on the back end and make plays in the air. Offensively or defensively, when the ball is in the air I tell them the ball is ours.”