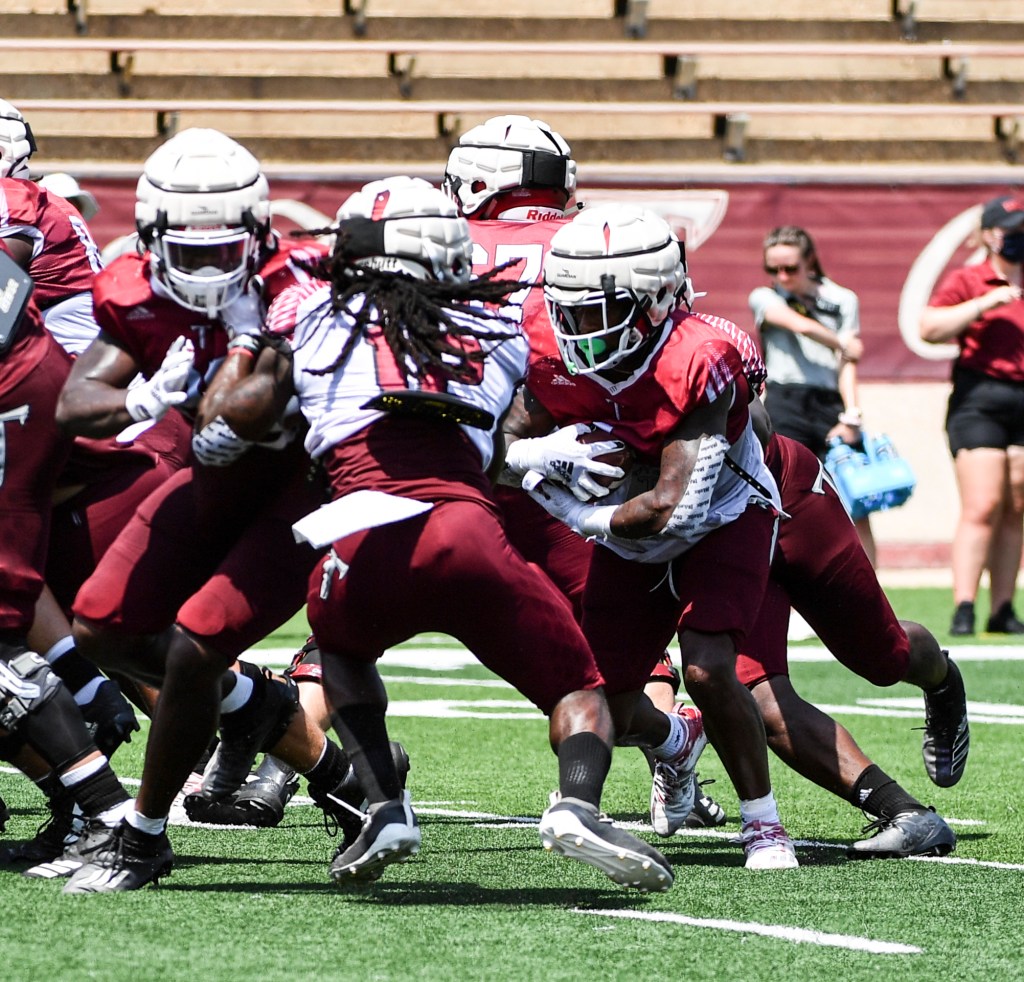 The Troy Trojans wrapped up their second scrimmage of the summer on Saturday and now shift their focus to their season opener on Sept. 4.

The Trojans battled the heat and ran nearly 130 plays during the scrimmage. Head coach Chip Lindsey believes the offense stepped up their performance since their first scrimmage, and the defense performed well.

“It was a good day to get out here on the turf,” Lindsey said. “We got to see some extended drives from our number one and our number two groups. Our number threes got a lot of reps too. Thought it was back and forth today which is good to see. Offensively we played better today than in our previous scrimmage. I thought the defense still rose to the occasion and made a few stops.”

The Trojans worked through different situations including red zone, along with 4 minute and two minute drills.

“I like the way our guys responded to those situations,” Lindsey said. “We are trying to make sure that football is also about understanding situations and understanding what the offense is trying to do or vise versa. I was pleased with all the situational work.”

“I thought the defensive line was very active,” Lindsey said. “I think we traded punches at the line all day. Our linebackers are a veteran group and I thought they played well.”

The competition for the starting quarterback spot continued on Saturday between incumbent Gunnar Watson and newcomer Taylor Powell.

“I thought Taylor and Gunnar both played well,” Lindsey said. “They both took care of the ball and they both made good decisions. We rotated them the opposite way we did it last week. Overall I was pleased with the naked eye, but obviously we need to watch the film and we’ll make a decision when we know. We haven’t put a timetable on it.”

Powell had three drives and played in approximately 25 snaps on Saturday. He felt like during his time on the field the offense began to click.

“I think I only had 25 plays out there,” Powell said. “I only got three drives, but it was good. I feel like we executed well. It was good to see Dylan Bradshaw back and get the offensive line clicking again. The last scrimmage we kind of struggled with the operation, but I’m excited with how the offense is looking.”

The quarterback position is not the only position battle going on this summer. Lindsey stated that the competition for the starting kicker spot is still ongoing.

“It’s still a competition,” Lindsey said. “I think we have three guys who can do it. It’s going to be who is the most consistent. It’s so much more than making the kicks. It’s the timing and the operational timing of it. We will continue to evaluate that. Punting, Luke (Magliozzi) you can see has a big leg. He has handled the punting duties pretty good, but for kickoffs and field goals we have a competition going and we will watch it play out the next couple of weeks.”

The Trojans will see their first action of the season on Saturday, Sept. 4, when they host Southern at Veterans Memorial Stadium .