Goshen forced to forfeit Friday’s game due to COVID 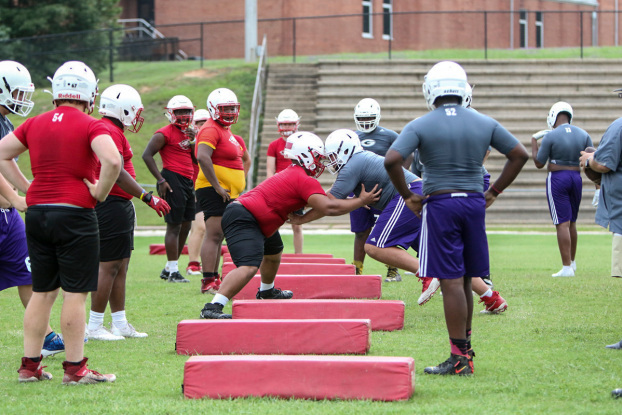 The Goshen Eagles will have a 0-1 record on the year before setting foot on the football field.

The Eagles announced on Monday that they were not going to be able to play their opener against Holtville due to having a player test positive for COVID.

Head coach Don Moore hoped to work something out with Holtville and not have to take a forfeit, but It was announced on Tuesday that Goshen will indeed take a forfeit.

Goshen practiced as a team on Friday afternoon. On Sunday a player tested positive for the virus.

“We had a player test positive on Sunday,” head coach Don Moore said on Monday. “He was in practice on Friday. They went with the 48-hour rule with contact and that took out our whole team. You could come back if you were vaccinated and some were, but not nearly enough to play.”

Goshen’s game is one of two games to be cancelled this week due to COVID as of Tuesday afternoon. Geneva had to cancel their game with Opp due to COVID concerns within their program.

The game was a non-region contest for the Eagles and the loss will not affect their chase for the postseason –the top four teams in each region make the playoffs.

The Eagles won’t begin region play until week three when they host Trinity in the home opener.

Moore is confident his team will be ready to play next Friday.

“It’s very disappointing, not only for our players, but for our coaches,” Moore said. “We have been looking forward to getting out there and seeing what we have against another opponent.

“It’s nothing good, but there isn’t anything we can do to change it right now. I was talking to some of the players and keeping them upbeat. They are worried it’s going to be something like last year. I’m trying to tell them to calm down and that everybody will be back next week. It’s one game right now, lets just think about staying healthy and getting better for the next week.”