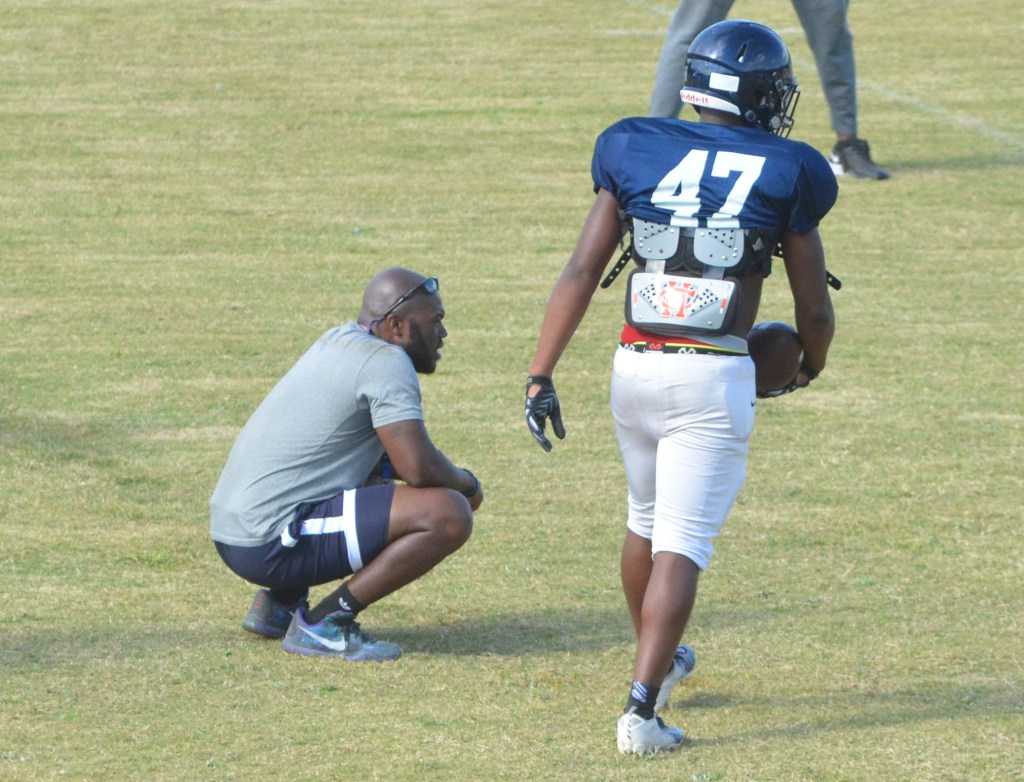 The Charles Henderson Trojans are in week two of fall practice. After a successful first week of camp, the Trojans have had to make some adjustments in week two.

Weather played a factor earlier this week, forcing the Trojans to either practice indoors or in wet conditions on their practice field.

“Rain hit us pretty good,” head coach Quinn Hambrite said. “We had to be in the facility twice this week. Wednesday we were on the field and it got a little sloppy,. We’re progressing, but it’s a slower progression this week I think because of the rain.

The biggest change in week two was the start of school. The Trojans have to adjust to being back at school, while continuing to prep for the upcoming season.

“They don’t know how to handle it,” Hambrite said. “The school is renovating a certain part, so they are having to adjust to where their new classes are. I knew Monday was going to be a drag. The first day of school is always a drag during camp. They’re used to waking up around 11 or in the middle day and us having a 4:00 practice. I knew it was going to be transition, but they are adjusting to it.”

Hambrite believes it takes the players about a week to get acclimated to being back at school.

With school back in session, Hambrite and the coaching staff are making sure the players remain hydrated, while at the same time getting the food they need before heading to practice during the hottest part of the day.

“We encourage them to carry a gallon of water around with them all day and finish that gallon before practice, or at least half of it,” Hambrite said. “Being at home they can snack all day and drink. At school they forget to hydrate and sometimes they forget to eat and they drag during practice. Once they get acclimated things will get better. Once Monday rolls around I think things will get better.”

Monday will be Hambrite’s first game week as head coach of the Trojans. Beginning on Monday they will begin preparations for Pike County.

“Monday will be strictly game planning for Pike County,” Hambrite said. “The first two weeks we were focusing on us and getting better fundamentally and continuing to learn offense and defense. Next week is strictly Pike County. Monday is about Pike County and we’re not worrying about anything else after that.”

Even though next Friday night’s game is an exhibition, Hambrite will be treating it like a normal game. Because of that, the week will resemble game weeks the rest of the season.

“I’m treating this like a normal game so they can understand the importance of every day,” Hambrite said. “You have to win today. If you win everyday there is a good possibility that you’re going to win on Friday nights.”