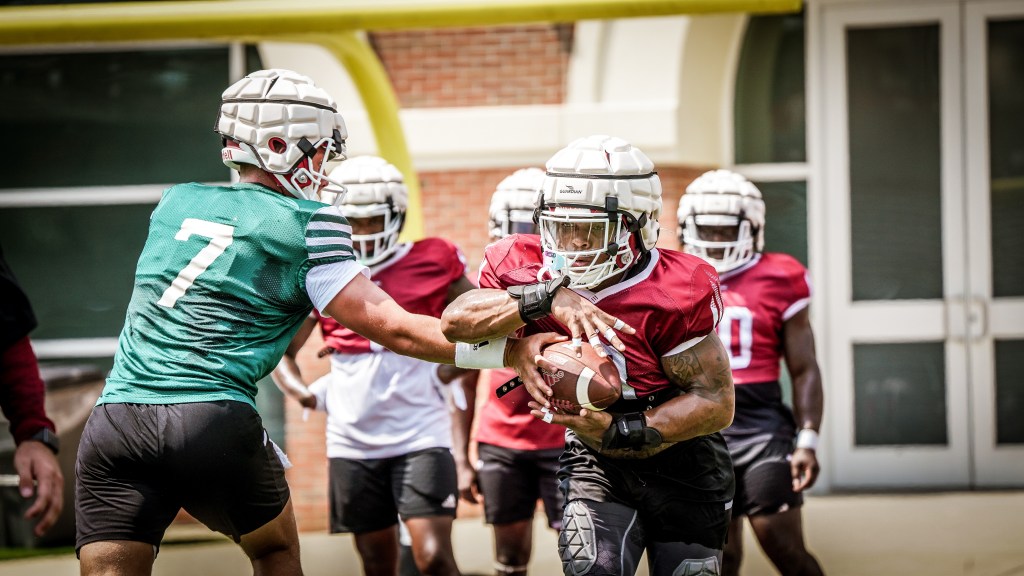 Troy running back B.J. Smith is back on the practice field preparing for his sixth season with the Trojans.

When the NCAA granted its student athletes an extra year of eligibility due to the effects of COVID-19, Smith took little to time to decide to take the NCAA up on its offer.

Smith arrived in Troy prior to the start of the 2016 season. After a stellar career with some injuries mixed in, Smith is eager to have one more year with the Trojans.

“I missed the last the three or four games (last season),” Smith said. “Politicallly, whenever you can get a degree paid for that’s kind of like a slap in the face if you don’t stay for it.”

Fans coming out to a game this season will notice that Smith will be dawning a new number. No longer number 26, Smith will now wear number three.

“I kind of felt like it was time for a change,” Smith said. “Changing and switching things up. I felt like going back to 2015 and high school. That was my number in high school.”

Smith suffered a season-ending injury during the second game of the 2019 season. Prior to the 2020, Smith was involed in a car accident and had to have hip surgery. After being cleared to play just two weeks before the start of the season, Smith had 73 carries in 2020 and had 277 yards and three touchdowns. He saw limited action the final three weeks of the season due to another injury against Middle Tennessee State.

Smith arrived at fall camp last week and feels like the best he has felt in years.

“I feel good,” Smith said. “I think if you ask any athlete, when they have time to truly focus on rehabbing over the summer and have a full summer workout program, I think they always feel better. It’s a true testament to coach (Rusty) Whitt and his staff. I feel as good as I have felt in about three years.”

Smith has rushed for 1,831 yards in his career with the Trojans. 2018 was his best statistical season, rushing for 1,186 yards on 219 carries. He finished with 13 touchdowns.

A healthy Smith will add another potent weapon to the Trojan backfield this season, joining Kimani Vidal, Jamontez Woods and DK Billingsley.