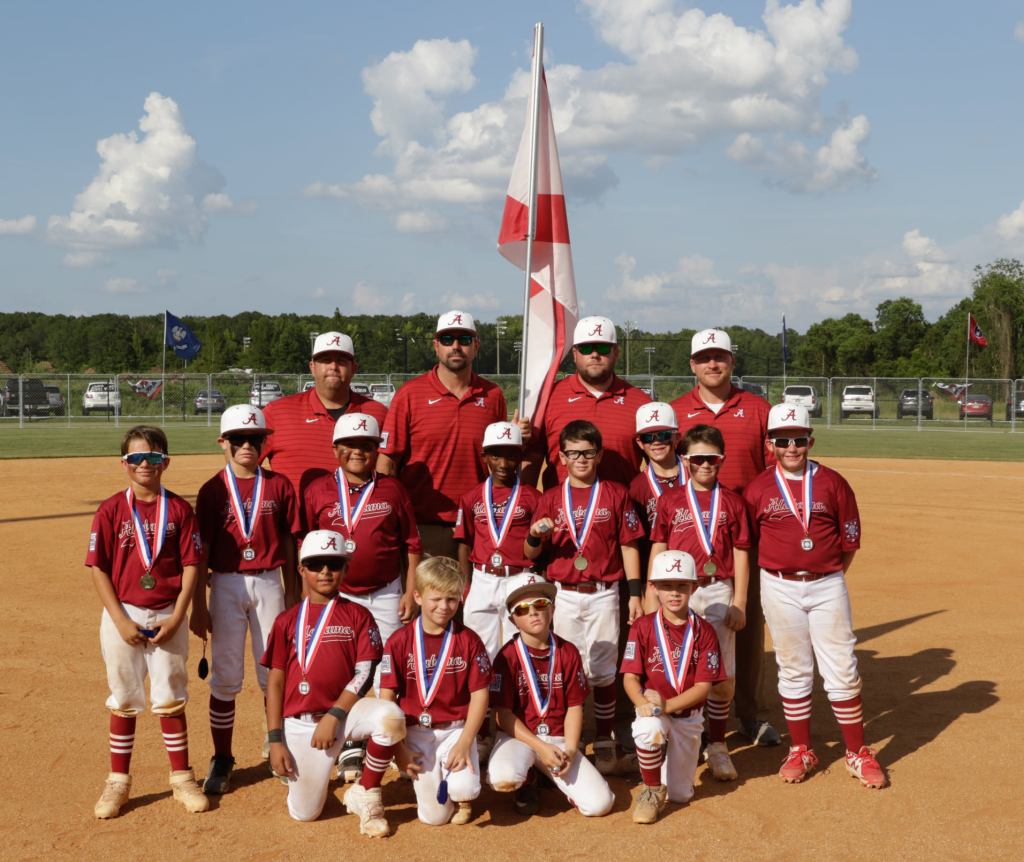 The Troy 8U AA All-Star baseball team fell to Louisiana 11-7 on Monday afternoon, ending their run in the AA World Series in Laurel Mississippi.

After gaining an early lead, Troy was tied at 6 with Louisiana in the third inning. Louisiana outscored Troy 5-1 the rest of the way to secure the win.

Alex Guitierez and Barrett Powell each finished with two hits. Powell and Guitierez each had two RBI.

“We wish we would have came back with a championship, but the boys played hard and that’s all we asked them to do when we got there,” head coach Adam Brookins said. “I couldn’t be more pleased with them.”

Troy was one of 12 teams in a tournament that also included pool play on Saturday. In what was a competitive field, Brookins feels like his team matched up well with the other 11 teams.

“I really think all the teams were really evenly matched,” Brookins said. “From the games I watched, I think our offense may have been one of the best there. When you’re evenly matched like that it’s a game of which team makes a mistake first and which teams were able to capitalize on those mistakes. As the tournament wore on it seemed like we were able to catch a break, but not be able to capitalize on it as much in the two games that we lost.”

Troy moved into the double elimination tournament as a number one seed after defeating both Tennessee and North Carolina in pool play on Saturday.

“I felt like after we beat Tennessee we had a lot of momentum because that was the same team that beat us in the championship in the world series (2019),” Brookins said. “The boys were super pumped about that. We won our first round game against Florida and I thought we were on a roll. We played South Carolina and we had a couple bad breaks that happened that normally don’t happen. They (South Carolina) for the most part, played a really flawless game and it took that to beat us in that game.”

Despite coming up short, Brookins and the Troy AA team has plenty to be proud of this summer. Before arriving in Mississippi, Troy took home the state championship at the Troy Sportsplex.

“They were a joy to coach,” Brookins said. “They give 100 percent every time they go on to the field. They are a very emotional group. They are real fiery and they are a real joy to coach. I don’t know if I have coached a team that can get up as high and can get as fired up as they can.”

This age group will move up a level next summer. The goal for Troy is to begin to develop pitching.

“The next step with this group is developing pitching,” Brookins said. “They are going into kid pitch. To be successful at that age you have to have really good pitching. We have some good arms on this team. None of these boys have pitched before, but we are hopeful that their arms will translate on the mound and we’ll have some really good pitching going forward with this group.”