Powell making the most out of his time at Troy 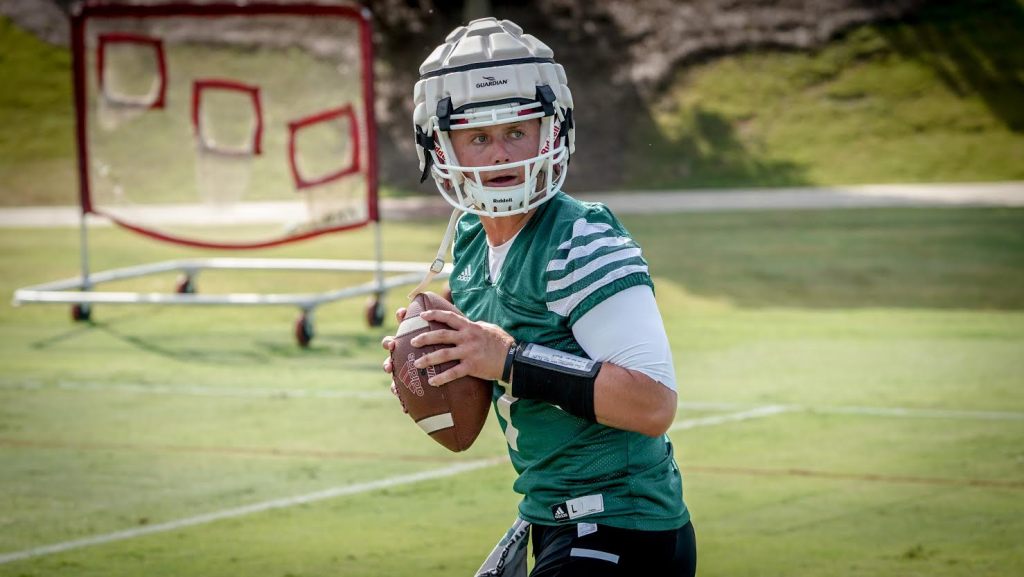 Troy newcomer Taylor Powell is in a battle for the starting quarterback position with last year’s starter Gunnar Watson.

It’s been a busy offseason for the Troy newcomer. Along with participating in the Manning Passing Academy, Powell has spent every possible moment either on the field or mentally preparing for the upcoming season by studying the playbook and watching film.

“Just grinding with the guys, watching a lot of film,” Powell said. “Early mornings, throwing and meeting with the guys. Just trying to get the offense on the same page. I feel like we are where we need to be heading into fall camp.”

Powell comes to Troy after playing parts of two seasons for the Missouri Tigers. Powell saw action in six games in 2018 and 2019. He completed 35-of-75 passes for 431 yards. He had one start in his sophomore season in 2019.

Powell arrived at Troy in time for spring practice. At the start of fall camp, Powell believes he is more comfortable with the offense.

“In the spring everybody goes through their growing pains with a new offense,” Powell said. “Now, I feel like we are really clicking. I’m super comfortable and I feel like I’m executing what coach is calling. I’m excited and very comfortable.”

Powell should have a potent offense to work with. Should he get the starting position, Powell will have the opportunity to throw to guys like Reggie Todd, Luke Whittemore and Tez Johnson, or hand the ball off to B.J. Smith or Kimani Vidal.

“That was the big reason why I cam here,” Powell said. “The supporting cast, the running backs, all the offensive lineman coming back, the skill guys and we have new tight ends this year who will make an impact.”

Powell will be competing with Watson, who played in nine games last season. He completed 211-of-301 passes for 2,141 yards. He had 16 touchdowns and seven interceptions.