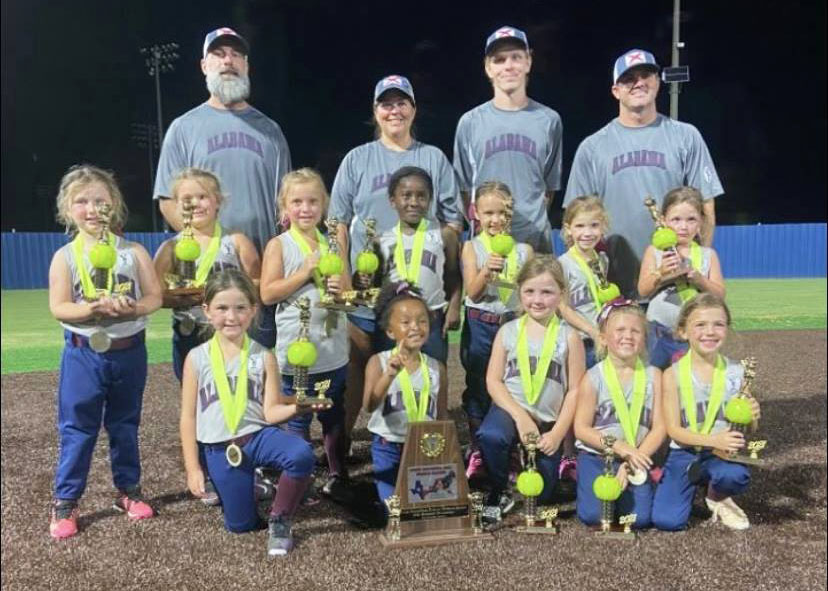 The Troy 6U Sweetees All-Star team fell in game one of the Dixie Sweetees X-Play World Series on Saturday afternoon, only to battle back and play for a title on the final day of the tournament.

Troy defeated Tennessee in game one Sunday to force a second and deciding game for the championship. Troy ultimately fell, but represented Alabama well with a second place finish.

“It was an experience of a lifetime,” head coach Whitney Brown said. “We had a lot of things happen to us out there that we weren’t used to, including the heat. It was unreal that the girls had to go through that. They showed up and played ball. They hit the ball; they were team Alabama and they were amazing.”

Troy has been no strangers to bouncing back in a tournament after a loss. In the state tournament they bounced back after a late loss and went on to win the state championship. They nearly did it again on Tuesday.

“It was huge,” Brown said. “For five and six year-olds to do that, I was amazed. They were able to force that second game and they just ran out of energy by the second game. They played so much and they were worn out due to the heat. They played their hearts out and we told them we were proud of them no matter what the outcome was. We are still celebrating at home. We are going to have a big party soon.”

You wouldn’t know the girls were hot, tired or even upset that they finished in second place when looking out the various team photos circling social media. Throughout the tournament, the girls played inspired and with effort.

“We had to keep them pumped up,” Brown said. “We played music before the games. They each had a song picked out so we can play all their walk-up songs. It would get them pumped up and they would rally every time we did that. Every time they went up to bat I would tell them stop worrying about what everyone is saying and go have fun and they did. That was the main thing, they played ball and they had fun.”

The crowd did their part in Louisiana. No matter the situation during a game, Watson could always hear their fans yelling, screaming and cheering the girls to victory.

“Our parents and family members that came, that was a long travel,” Watson said. “It was huge to have them there. If you watched the live video you could hear them cheering non stop. That was huge for our girls to keep them pumped up as well. We had support at home We had calls and messages every day saying We’re behind you and go Alabama. The support back home was unreal as well.”

Most of the girls got their first taste of softball this season. Brown believes they all improved and they have a bright future playing softball.

“Everyone of these girls improved tremendously and have a bright future,” Brown said. “A lot of these girls are new to me. A lot of people pointed out that for over 85 percent of the team, this was their first year ever playing. That was amazing to hear that with how quickly they learned the game and did as good as they did.”