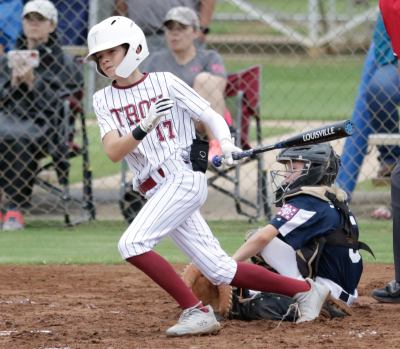 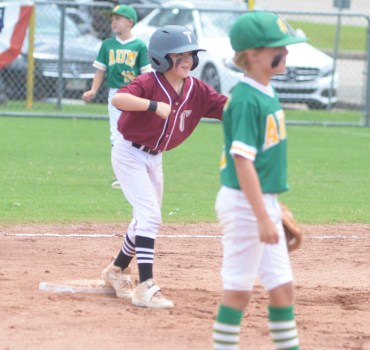 Troy’s final two all-star teams are set to compete for a World Series Title when they hit the road to Laurel, Mississippi.

The Troy AA and Ozone team will begin play in the Dixie World Series beginning on Saturday.

Both teams will compete with 11 other teams in the six-day tournament. The Troy AA team will begin their tournament with a two-game pool play beginning on Saturday at 2 p.m.

This will mark the second time this group of Troy players has made it to the World Series Head coach Adam Brookins hopes that could be advantage beginning on Saturday.

“We hope that it’s advantage for us, having been there before,” Brookins said. “They know what to expect.”

Alabama will be in Pool II along with North Carolina and Tennessee. The pool play will be used as seeding for the double-elimination tournament that will start on Sunday.

“It will be good to win both of your games and go in as a one seed,” Brookins said. “Not sure what advantage that holds in the bracket because there are no byes anywhere, but you want to win every game you play. What we are focusing on in pool play is playing the best we can and letting these players play up to their ability.”

Troy will matchup first with North Carolina beginning at 2 p.m. They will close out pool play against Tennessee at 5 p.m.

Throughout their run towards a state championship last month, Troy relied on strong defense and timely hitting. Both carried over into their practices leading up to the world series.

“We have hung our hats on our defense all season,” Brookins said. “We have hit the ball pretty well at state. Even up to this point we are hitting the ball well at every practice. I’m very pleased with where we are.”

Like the Troy AA team, The Troy Ozone team stared elimination in the face during the state tournament last month. After ultimately winning the tournament, Troy is ready for a deep run in Laurel.

“When we played in the state tournament we pitched and played defense really well,” head coach Dax Pugh said. “We have put a lot of focus on specific stuff. We did some basic hitting and hitting with a purpose, not just swinging the bat. We have two or three really good weeks of practice. We went and played in a travel ball tournament and won it last weekend. I think we are ready to play.”

Unlike the AA team, Troy will jump straight into tournament play in a double-elimination style format.

The same 12 teams will make up the field in the Ozone World Series. Troy will match up with South Carolina in game five the tournament, beginning at 7 p.m.

A win for Troy would advance them to the winner’s bracket where they will take on the winner of Georgia and Texas on Sunday beginning at 4:45. A loss would mean Troy would play the loser of the same game on Sunday at 2:30 p.m.

Another goal for Troy is to remain focused throughout the nearly week-long tournament.

“You at a hotel and out of town,” Pugh said. “Who can kind of stay with it and not get mentally tired? First couple of days will be fine, that will come down to who is nervous and who has a better team, but as you get later it starts to get to be who can put it all together for four, five or six days.”

Pugh and Troy enter the tournament with little to no information on their opponents. Pugh believes it will come down to Troy doing the things they do well and taking advantage of every opportunity.

“It’s about doing the things that we’ve practiced really well,” Pugh said. “Everybody has a purpose out there. It doesn’t matter if you start, if you substitute, if you’re the first batter or the last batter. Somebody is going to get a chance every game to make a difference. It’s going to be hard to beat us if we play well. If we do what we are supposed to do I think we’ll be as good as