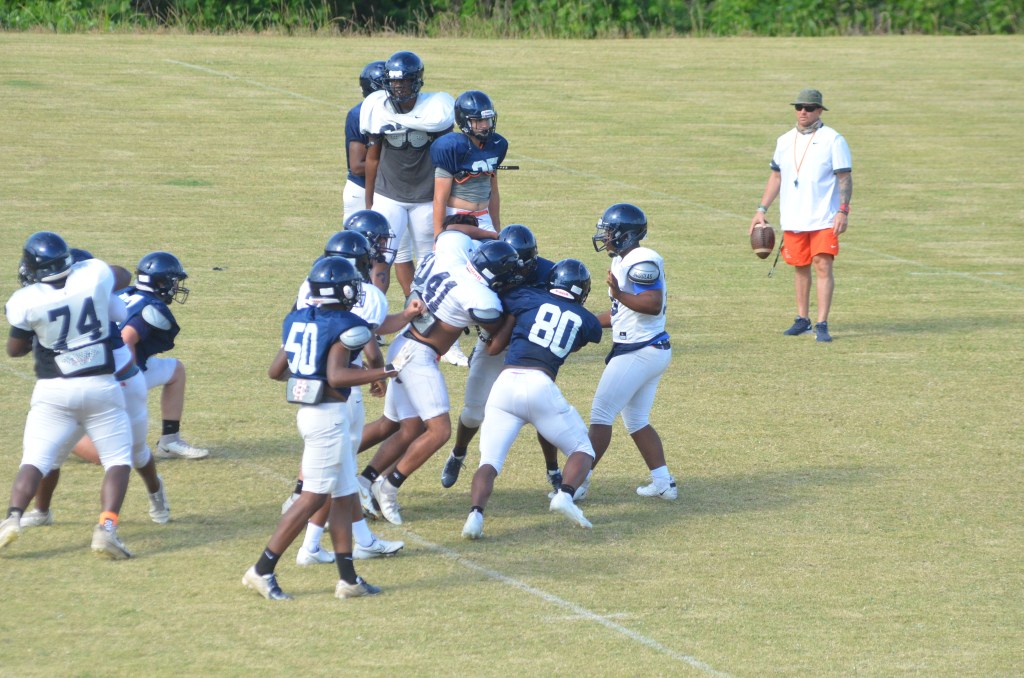 When the calendar flipped to August, high school teams across the state were finally able to hit the field to begin final preparations for the 2021 season.

For Charles Henderson, that date carried an extra special meaning. They are inching closer to beginning the Quinn Hambrite era.

After a wet start on Monday, the Trojans have been able to hit the practice field and put in their final practices in advance of Aug. 20 when they host rival Pike County.

“The rain kind of took over Monday, but God has blessed us with a nice indoor facility,” Hambrite said. “We got some good work in and worked on our run game for the most part. Tuesday was a good day as well. The players are excited and the coaches are excited as well. Football season is 365 days, but to be officially in football season, the excitement is definitely there.”

“The kids have been asking since mid July ‘When are getting into pads,’” Hambrite said. “I’m excited to see what they are going to do when we put the pads on.”

After unorthodox 2020 season, the Trojans are excited about the potential of playing a more normal season.

“Alvin Briggs pretty much said we are good to go and we are going to treat this like a regular season,” Hambrite said. “That’s what we want to hear. We want to have a sense of normalcy when it comes to football season. There were so many restrictions last year. Everybody is excited about that part.”

The Trojans will use the first week of camp to fine-tune their fundamentals heading into the season.

In just over two weeks Hambrite and the Trojans will take on the rival Bulldogs in a jamboree game at Veterans Memorial Stadium. Although Hambrite has never coached against the Bulldogs, he has experience playing Pike County during his days at Central Hayneville.

“We are going to treat it like a regular season game,” Hambrite said. “The kids are excited about it and I am as well. I know the history they have over there. Whether they have 11 guys show up or 19 guys show up, they are going to show up and play hard and be physical. There is a rich tradition at Pike County when it comes to them being a great state wide known football program.”

There has been a lot of excitement in the community since Hambrite arrived in town. The fist year head coach hopes to give the community a reason to be excited once the season starts.

“Everybody I talk to, whether it be at Publix, Wal-Mart or Chic-fil-A, everyone is excited,” Hambrite said. “Hopefully the buzz continues to be a buzz for years to come. My goal is to get Charles Henderson back on the map and to get them to be a fierce competitor in 5A, or if we move up to 6A or move down to 4A, it doesn’t matter. When you see Charles Henderson on the schedule, my ultimate goal is for you to circle that game knowing you are going to have to bring everything you have to beat us.”