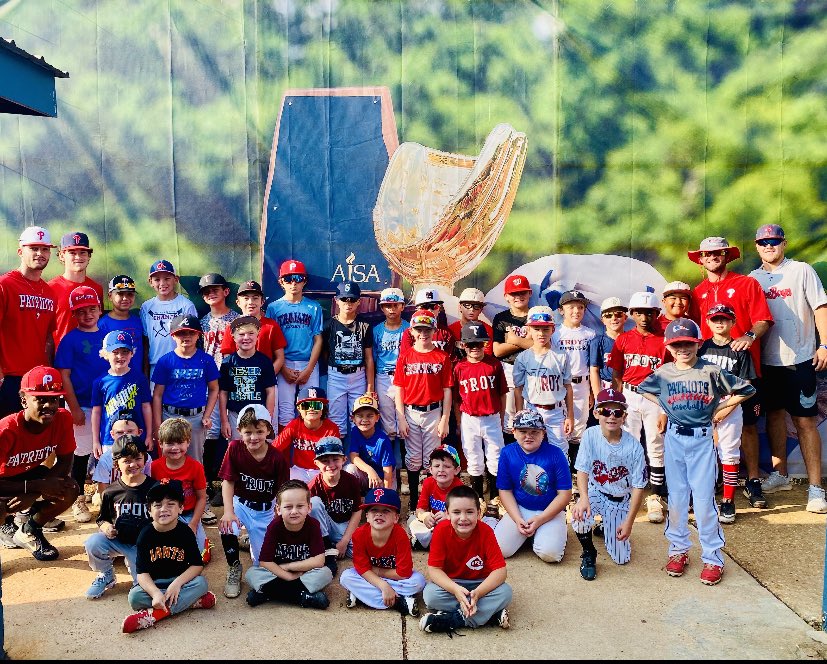 The Pike Liberal Arts baseball field was the place to be for children wanting to know more about the game of baseball.

The Rush Hixon Baseball Youth Camp was held at the PLAS baseball field beginning on Monday and wrapping up on Tuesday.

“We had a lot of fun,” Hixon said. “It’s something we have wanted to do for a while. We finally could work out a date that suited people. We had a really good turnout. I think we had a little over 35 kids. With the short notice we gave them, that was a really good group to have. All in all I think we had a great two days.”

“We definitely focused on fundamental stuff,” Hixon said. “A lot of it was getting them to love the game. Get as many kids in the game as possible. Any chance I see to give back and help promote our game I’m going to do so; especially in our community.”

The camp was open to kids ages five to 12. It was split up into two different sessions. Children ages five to eight practiced in the morning followed by campers aged nine through 12 years of age in the afternoon.

“I wanted it to reach out to more than just Pike kids,” Hixon said. “I know there is a lot of talented kids and kids who just love baseball.

“It’s important to build relationships. I think the coolest thing about sports is relationships. I look back and most of my friends came through sports. Any chance to get these kids involved early, not only for baseball, but to get them around other kids from different places and to experience new things is definitely something we want to do as much as we can.”