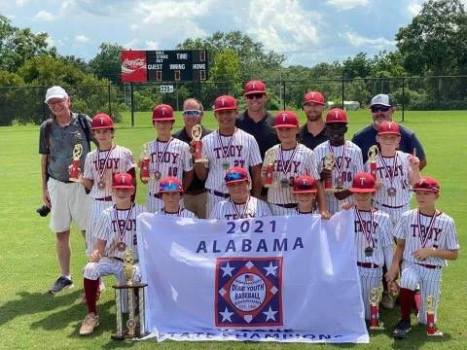 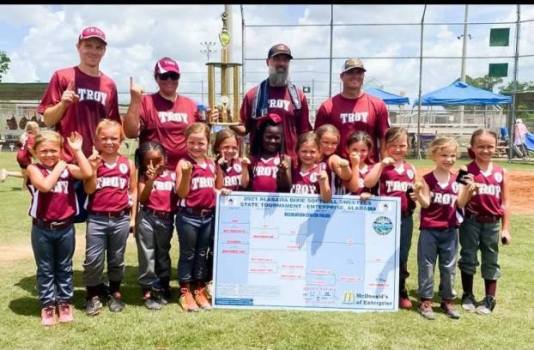 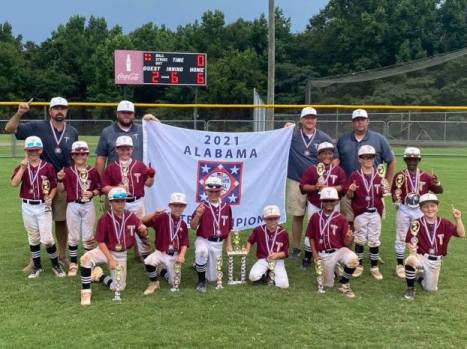 After a short break, three Troy All-Star teams are eager to get back to work in upcoming  World Series tournaments in both Mississippi and Louisiana.

The Troy Ozone and 8U baseball teams will head to Laurel, Mississippi, in the first week of August and the Troy Sweetees will head to Alexandria, Louisiana, for their world series beginning this week.

Before making the trip however, all three teams raised money for their respective trips and all three are appreciative of the community’s donations and efforts.

The Troy 8U All-Stars raised money through Facebook and Venmo and they also had a bake sale. With a little over a week before heading to Mississippi, the 8U All-Stars have more than met their fundraising goals.

“We asked people to pick a number on Facebook and the number they picked is the amount they paid,” head coach Adam Brookins said. “They (used) our team account (Venmo) and I thought it went really well.  We were able to fill up multiple cards. We did a bake sale with Mike Amos and that was a real big success too.”

Brookins and the team sought out some donations, but they also got plenty of donations from people reaching out to them wanting to help.

“To say that I’m overwhelmed with the amount of support we’ve gotten would be an understatement,” Brookins said. “We’ve had businesses and business owners reach out to us and say ‘hey we want to give you money.’ It’s not like we have been begging people for money. We have with a  couple places, but we have been fortunate with people reaching out to us wanting to help us, wanting to donate and that means a lot.”

The 8U team has met its fundraising goal, but is still accepting donations on Venmo at @Troy8uAllstars.

The Sweetees have been busy selling raffle tickets for their fundraising efforts. Along with selling nearly 1,000 tickets, the team has also been involved with a spirit night and a bake sale.

“We have been selling rifle tickets, which has been huge,” head coach Whitney Brown said. “We have gotten a great response with that. We will be doing that drawing live tomorrow (Wednesday) during practice. We had a spirit night at Goldfingers last Tuesday night and had a lot of people come out and support us that way.”

The goal for the Sweetees is to limit the amount of expenses families will have to pay once they get to Alexandria later this week.

“There has been outstanding support from families, friends and everybody,” Brown said. “We have had crazy donations given to us. We almost hit our goal to where it won’t be a financial burden for all the parents. We are almost there.”

Troy will have one more practice on Wednesday before hitting the road for what they hope is a deep run in the World Series.

“Everyone has either reached out to me, the coaches, the parents,” Brown said. “They have called and wished us luck. They have sent us goodie bags. It feels amazing to have Troy and the surrounding towns and cities give us there support. It means a lot.”

The Troy Ozone team used social media in order to raise money to attend their World Series in Laurel next week.

100 percent of the donations will be used to fund travel, uniforms, lodging and other expenses required to compete in the world series.

“We lean on our moms to help us with the fundraising,” head coach Dax Pugh said. “They have done a great job, the kids too. We have done a lot of it through social media. Been very appreciative of all the people who have supported us monetarily and encouragement wise.”

The support given from the city and the community has been a common trend ac in the past.

“I have been coaching for a long time and we have been in several tournaments out of town,” Pugh said. “Its always been relatively easy to get support. Something about baseball and softball that people want to support and be a part of.”

Not only has the Troy Ozone team received a lot of help from the community, but the dedication of the players and especially their families hasn’t gone unnoticed.

“We thought we would have a good team and be competitive in the state tournament, but none of us going into the summer expected to still be playing baseball in August,” Pugh said. “They (families) have skipped vacations and rearranged plans to have kids at practice four or five days a week. It’s a huge commitment. It’s fun too because for most of the kids it’s a once in lifetime opportunity.”