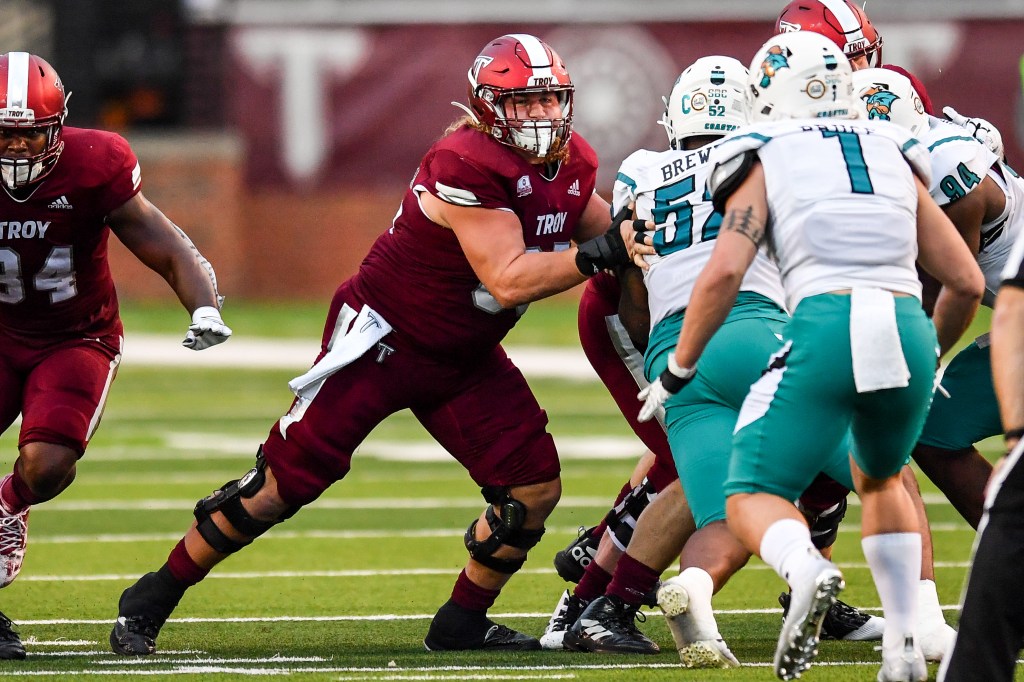 After walking up to the stage, greeted by the song “Thunderstruck” by ACDC, Lindsey addressed the summer and the upcoming season.

The Trojans enter the season with a lot of experience coming back on both sides of the ball. Combine that with some new additions and Lindsey is excited about the team’s depth.

“The good thing about media day is you know football season is right around the corner,” Lindsey said. “We have 19 of 22 starters returning. We think that is a huge benefit for us. We’ve been a young football team in a lot of key areas in my first year and last year. We’ve added a lot of depth and I’m excited about that.”

The Trojans finished last season 5-6 overall and 3-4 in Sun Belt Conference play. The Trojans finished the season with a 29-0 win over South Alabama and a loss in the final minutes to No. 11 Coastal Carolina, 42-38. Lindsey believes his team will carry over a lot of momentum from last year into year three.

“A lot of positive momentum,” Lindsey said. “Last year, obviously an unprecedented season. We got off to a great start and were feeling great. We had some COVID issues that hurt us in the middle of the season. The thing I liked the most was how we finished. Those two games we played we played Troy football.

“We really created some positive momentum heading into the offseason because of how we finished.”

The Trojans have had two recruiting classes under Lindsey. After fielding a young team in his first year, Lindsey suddenly has a team with loads of experience. With 19 starters returning, Lindsey believes the team’s experience could play a role this season.

“We were a young team two years ago and now we have a lot of experience,” Lindsey said. “I think that’s going to be a key for us. There is nothing like going through this league with inexperienced players. We understand there is a challenge every week. We play a challenging schedule, just like a lot of people do. It’s going to offer us a great opportunity.”

“All those are really challenging, but also great opportunities for our team,” Lindsey said.

The Trojans open the season at home against Southern on  Sept. 4. It will be the first of back-to-back home games for the Trojans. They play Liberty on Sept. 11.