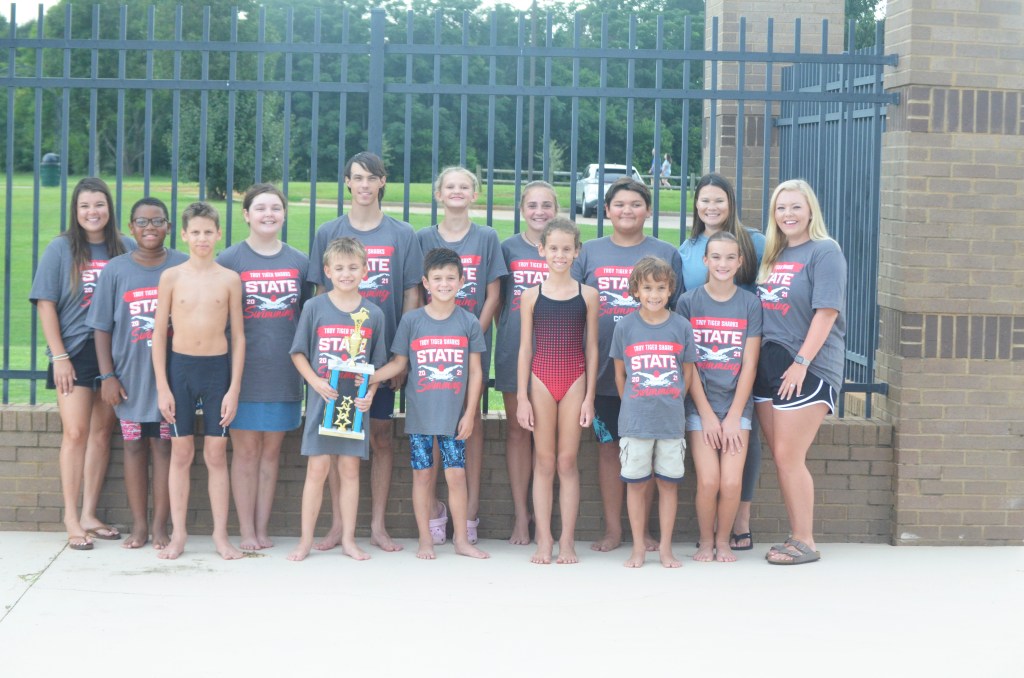 Photo/Mike Hensley The Troy Tiger Sharks will travel to Albertville on Friday to begin the State Swim Meet.

Nearly two months ago the Troy Tiger Sharks began their 2021 summer season. Now those same Tiger Sharks are ready to hit the road for Albertville for the two-day State Swim Meet.

47 swimmers started the season for the Tiger Sharks in early June. They will take 17 of them to the season-ending swim meet beginning on Friday.

“We are super excited to be going,” head coach Jennifer Jordan said. “The kids are pumped, the kids are excited.”

The Tiger Sharks traveled to Dothan earlier this month to participate in the district swim meet where they finished in third place.

After being cut short last summer due to COVID-19, the Tiger Sharks returned to form this summer and had 47 swimmers in the pool.

“We were pretty excited about that,” Jordan said. “We have done exceptionally well this year. There really wasn’t a swim team last year. It consisted of maybe five kids. We had around 47 this summer. A lot of our returning members are making it to state, but a lot of our new people, who we just got, made it to state also.”

The Tiger Sharks have plenty of veteran swimmers returning to the state meet, but for the new swimmers, the experience will be something different.

“I think they are going to be a little overwhelmed at first,” Jordan said. “They really don’t know what to expect right now. We are competing against the whole state of Alabama. They are going to be shocked, because in our little district we only have a few other teams competing with us. They are excited about it.”

Since the district tournament, the Tiger Sharks have increased their practice schedule. They are now practicing in both the morning and evenings in order to get ready for state.

“We are doing morning and evening practices every day,” Jordan said. “That is helping us prepare for the upcoming event this weekend.”