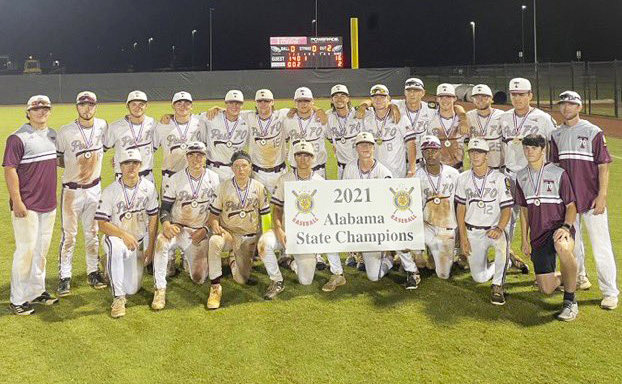 The American Legion Post 70 17U baseball team took home a state championship this weekend with a comfortable 16-2 win over Tuscaloosa Post 34 on Sunday.

Post 70’s win over Post 34 gave them five wins in the tournament where they outscored their opponents 57-9.

Zach Hannah earned the start in Sunday’s finale. He pitched all four innings and allowed two unearned runs and four hits. He struck out six batters and walked three.

Post 70 did most of their damage in the first inning when they posted 11 runs in the opening frame. They did so on eight hits, three walks and had two hit batters.

With the game already comfortably in Post 70’s favor, they added four more runs in the second.

After two batters reached on an error and a base hit, Wynn brought in both runners with a home run to right field. Mims closed out the scoring in the second with an RBI single to center.

Tuscaloosa scored two runs in the third before Post 70 scored their final run in the fourth.