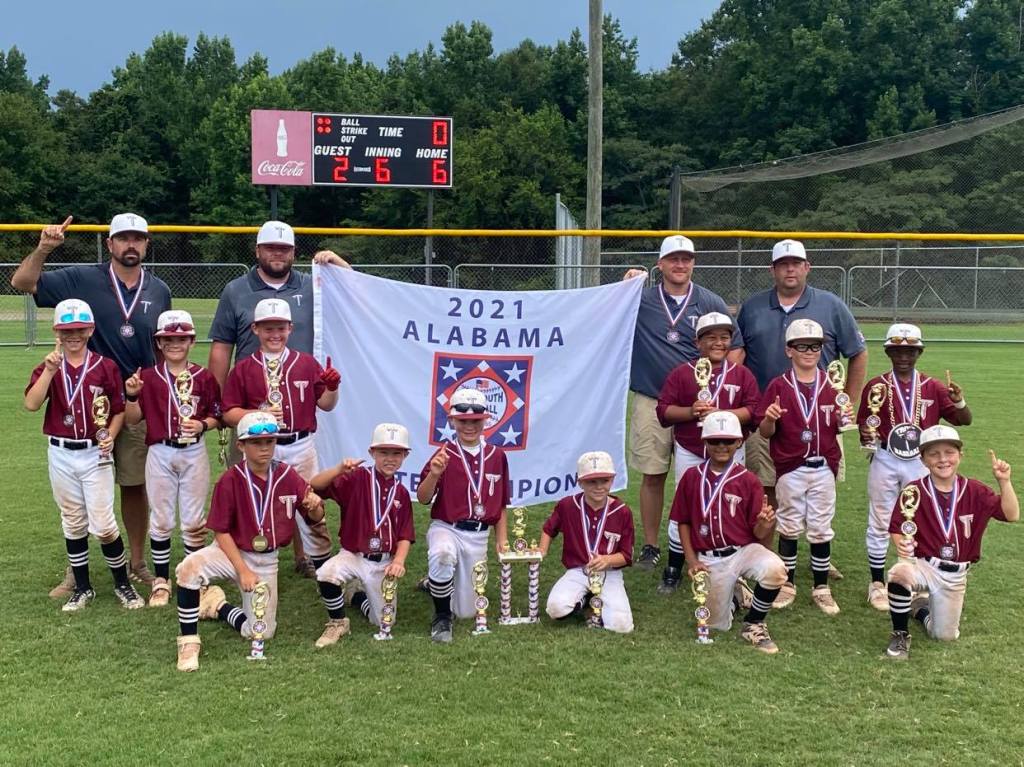 The Troy 8U All-Stars entered the final day of the state tournament at the Sportsplex in need of three wins to claim a championship. They finished off the feat with a 6-2 win over Enterprise.

Troy fell to AUM on Sunday, pushing them into the loser’s bracket where they were forced to take on Opelika that evening. After defeating Opelika in walk-off fashion Sunday night, Troy was forced to defeat AUM twice to advance to the final. They won by scores of 12-3 and 12-9. In their 12-9 win, Troy had to come back after trailing early, 8-3.

“I’m on top of the world,” head coach Adam Brookins said. “We had to beat AUM twice and they’re a very good ball team and then we had to beat Enterprise in a winner take all game. Our backs were against the wall and these boys came ready to play today. I’m happy for them.”

Despite losing to AUM on Sunday, Brookins believes his team thought they were the better team. They brought a little extra energy to the park on Monday.

“We felt like we were the better team,” Brookins said. “They came in with high intensity in the first game (Monday) and won big. We got down big in the second game and we were able to battle through. They gave us 110 percent the first two games and we asked them to give us everything they had for six more innings and they did that.”

Troy trailed early in their championship, but timely hitting and strong defense late was the difference between the two teams in the championship game.

Troy will now prepare for the World Series in Laurel Mississippi in early August.

“We will probably take the rest of the week off and then get back to work,” Brookins said. “There are things in this tournament that happened to where we were like ‘I wish we could work on that again.’ Now we get the chance to really fine tune our team before we get to Mississippi.”