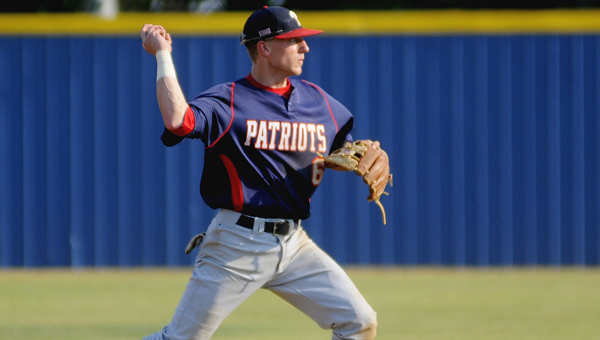 Pike Liberal Arts School's Chandler Avant (6) throws the ball to first for an out on an attempted steal during an AISA playoff baseball game against Bessemer Academy in Troy, Ala., Thursday, March 26, 2012. (Messenger Staff Photo/Thomas Graning) 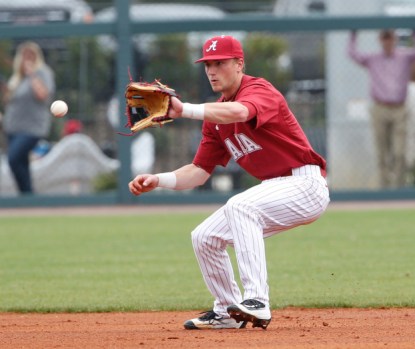 Chandler Avant is returning to Pike County to be the next head baseball coach at Goshen High School.

The former Pike Liberal Arts Patriot was officially named the head coach during Monday’s Pike County Board of Education meeting.

“It’s awesome and it’s a great honor,” Avant said. “I’m excited to get to work with everyone on the staff. I’m excited to win some ball games with some veteran players in the classroom and on the field.”

After graduating from Pike Liberal Arts, Avant attended and played baseball at the University of Alabama. After being drafted by the New York Mets in 2018, Avant returned to Alabama to become a volunteer assistant coach. After a year of coaching at Alabama, Avant elected to get back into the high school game.

“I was looking to see if I wanted to get into high school or stay in college coaching,” Avant said. “The more I thought about it, I was leaning more towards high school. I started looking around and I saw this job was open and I decided to apply for it and here we are now.”

Avant will have experience returning to the field next season. Along with winning games, Avant’s main goal in year one is to make sure the players play the game with everything they got, while carrying themselves the right way.

Avant graduated from Pike Liberal Arts in 2014. Avant led the Patriots to state championship in 2012