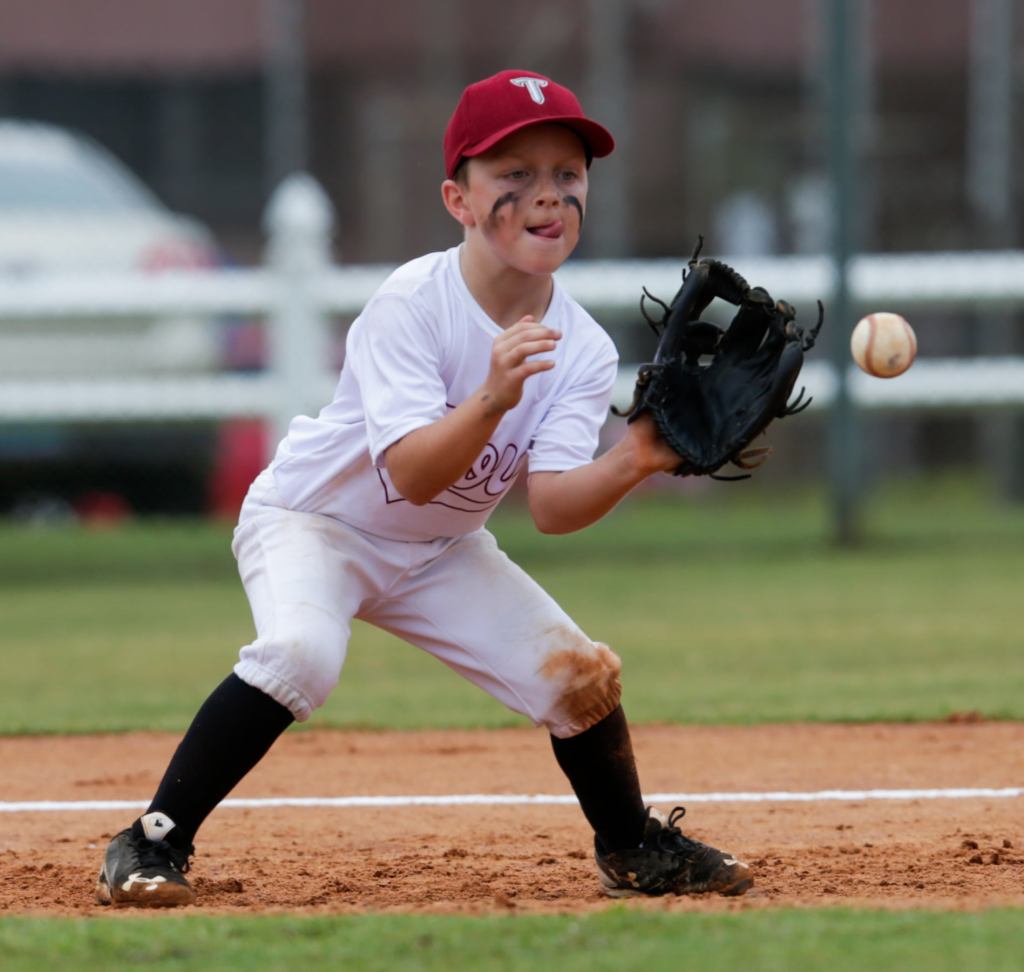 Photo/Dan Smith Elliot Cochran makes a play for the Troy AA (8U) team during a warm-up tournament in Enterprise.

The Troy 8U AA All-Star team gets its summer started with a state tournament at the Troy Sportsplex starting Friday night.

Troy will be one of 25 teams vying for a state championship during the four-day tournament.

“They’re tired of practicing every day,” head coach Adam Brookins said. “They are ready to get after it.”

The 25 teams will be split into two different divisions, the American and the National. Troy will play in the National Divsion. The teams will compete in a double-elimination style tournament with the two winners squaring off in the finals on Monday.

“This is probably the biggest tournament any of them have ever played in,” Brookins said. “A couple of years ago there were 12 or 13 teams in the state tournament. There are a lot teams and a lot of good teams in the tournament. We are excited to see where we stack up against them.”

Troy will kick off its tournament on Friday night beginning at 6 p.m. when they take on Dothan American on Field 3.

Although this will be Troy’s first official tournament of the summer, they have spent time competing against other teams.

“We have been able to get a hold of other all-star teams and scrimmage them,” Brookins said. “We went to Dothan and played in a travel ball tournament. We didn’t have to just scrimmage ourselves, we have scrimmaged several different teams to gauge where we’re at.”

Brookins believes his team has numerous strengths this summer including having a potent lineup.

“We have a really good defense,” Brookins said. “We are very sound in the infield and the outfield. I think we hit the ball extremely well up and down the lineup. We are pretty solid. Not going to say we don’t have any weaknesses, but our strengths outweigh our weaknesses.”

Two years ago Troy won the state tournament and went on to finish second in the World Series. With pretty much the same team coming back, Brookins and the players are looking forward to playing and showcasing their talents in front of their own fans.