Goshen travels to Ozark for practice with Carroll 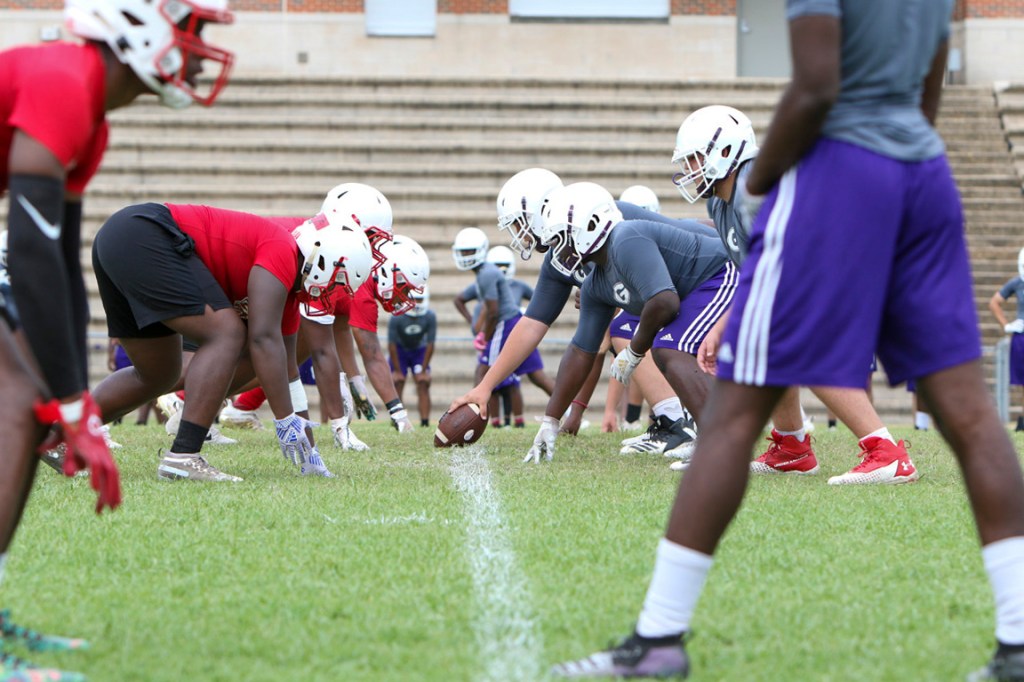 Photo/April Brown The Carroll Eagles held a joint practice with the Goshen Eagles on Wednesday in Ozark.

The Goshen Eagles football team traveled to Ozark on Wednesday morning for a joint practice with the Carroll Eagles.

A Carroll assistant coach reached out to Eagle coach Don Moore to see if they would be interested in having a joint practice on Wednesday and Moore was quick to accept.

“As a coaching staff, most of us haven’t seen the guys in action,” Moore said. “I thought it would be a good judge to see who will compete and who will be physical. We have a good gauge of what we have coming up and we are excited about doing it.”

Wednesday many of the Goshen’s players got their first taste of an organized team activity (OTA). They weren’t sure what to expect when they got on the field.

“I explained it to them and said it’s going to be physical,” Moore said. “I don’t think they quite understood what I was talking about until we got over there. They soon figured it out and they started competing and was physical with them.”

Wednesday’s joint practice included one-on-one drills between the offensive and defensive line and defensive backs going up against receivers. Later in the day the two teams participated in 7-on-7 before concluding the day with an 11-on-11 drill.

“It’s always good to mix it up with another team instead of the same group of guys everyday,” Moore said. “They were excited about that. I told them it was going to be like playing another team. Everything is going to go the same. We got a lot out of it today.”

Goshen will practice and workout on Thursday before taking a week off for the holiday. They will return the following Monday and practice four days a week for the rest of the summer. They will start fall camp in the final week of July, due to not having a spring practice. They will participate in a 7-on-7 tournament in New Brockton on July 15.

Brundidge takes a bite out of blight