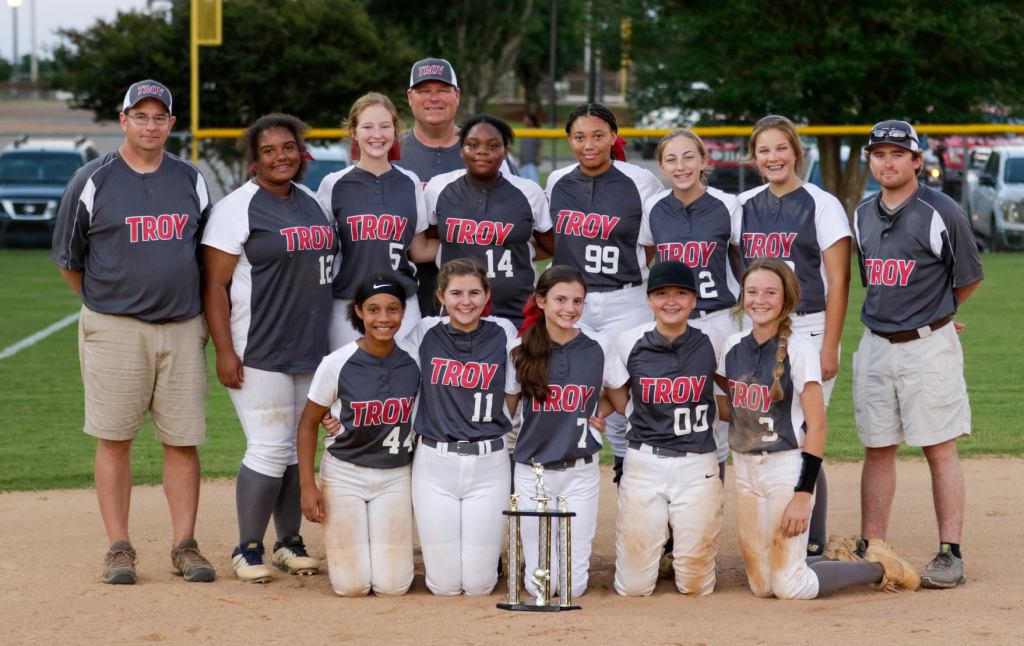 Submitted Photo/Dan Smith | The Messenger The Troy Belles finished in second place in a warm-tournament at the Troy Sportsplex.

While most of the Troy All-Star teams have started playing in tournaments this summer, the Troy Belles have been forced to be patient.

The Belles got their first taste of tournament play when they hosted a warm-up tournament at the Troy Sportsplex last weekend.

The Belles finished the tournament in second place.

“It was good. We played in four games and we were able to have all our pitchers throw,” head coach Scott Reeder said. “Most of the girls got to play multiple positions. They got to play everywhere. In the four games we got a lot of at bats and saw what we look like.”

Troy has had a lot of practice time, preparing for what they hope is a successful state tournament next month.

Although they haven’t played in official games this summer, the Troy Belles have remained plenty active. Before arriving at practice, many of them spend their mornings attending workouts at their schools.

“They have been upbeat,” Reeder said. “Most of them are still doing school functions like summer workouts for softball, volleyball, basketball and soccer. They are kind of pulling double duty. They are going to their summer workouts morning and going to softball practice in the afternoons. They are a little tired, but they are upbeat.”

The Belles will travel to Enterprise to play in the State Tournament beginning on July 9.

“I think they will do very well,” Reeder said. “I am looking for them to be the last girls standing.”

“We don’t talk about it much,” Reeder said. “In order to win state they are going to have to earn it and nothing is going to be given to them. They will have to earn every victory they get. Nobody is going to roll over and just give it to Troy.”

This Belles number one strength this summer will be inside the pitching circle.

“This year we are revolving more around pitching,” Reeder said. “In the past it’s more about hitting. They are strong in hitting, but their strength is pitching this year.”