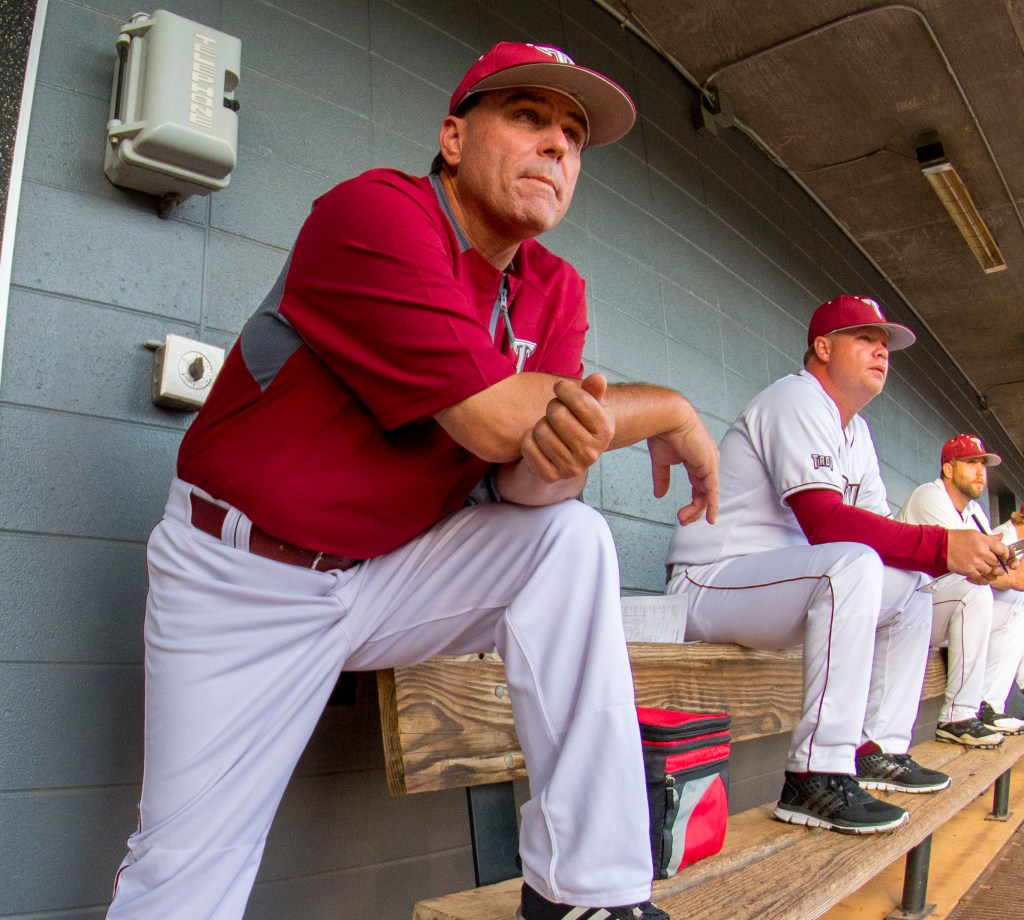 Troy and Mark Smartt announced Monday a mutual decision for Smartt to step aside as Troy’s baseball head coach following six seasons in the role. Smartt will remain with the Troy Athletics Department as a special advisor to the Athletics Director.

“I appreciate all the work that Coach Smartt has done as a player, assistant coach and most recently as the head coach here at Troy,” Director of Athletics Brent Jones said. “He has led the program with integrity and will always be a valued member of our Troy Baseball Family. We will look to build upon the success of Coach Smartt’s era as we find the next head coach for Troy Baseball.”

In 21 seasons as a player and coach, Smartt wore the Troy uniform in 1,173 games, which is the most of any player or coach in school history. During his career as a player and coach at Troy, Smartt was part of six conference championship teams, seven NCAA postseason teams and a pair of National Championship squads. Additionally, Smartt played with or coached 36 of the 60 All-Americans in Troy’s history.

“Wearing the Troy uniform provided me a front-row seat next to Chase Riddle and Bobby Pierce, the two most impactful coaches in my life,” Smartt said. “The single highest honor of my professional career was being allowed to follow in their legendary footsteps as the head coach at Troy. Thank you to every one of my teammates who have always supported me in every way possible. Thank you to every player, coach, trainer and manager for your commitment to the program. Thank you to every single fan for your unbelievable support of the program. Finally, thank you to my beautiful wife Deborah and our children Taylor and Chase for your love and unwavering support.”

Troy is coming off a 27-26 season in which it finished third in the Sun Belt East and tied for third place overall in the league. Smartt led the Trojans to a 172-135 record in his six seasons as Troy’s head coach, which included a trip to the 2018 NCAA Regionals.

A national search will begin immediately for Smartt’s successor.