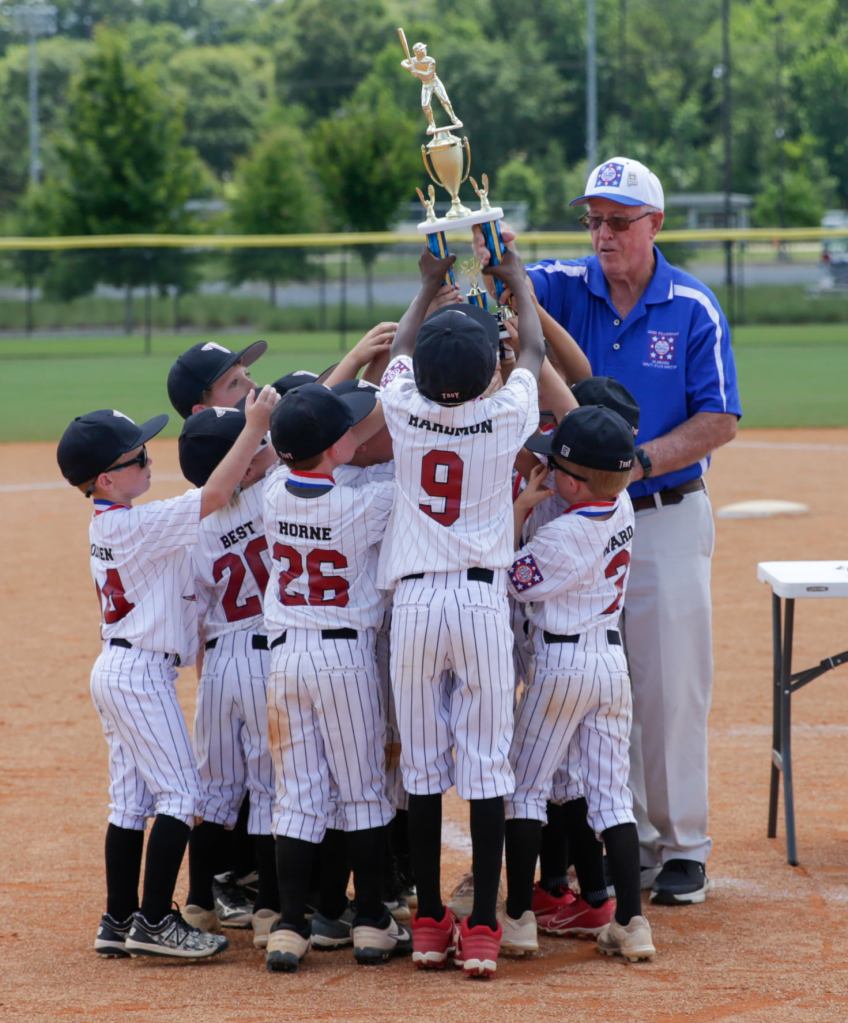 Photo/Dan Smith | The Messenger The Troy 7U team celebrates with their trophy.

The Troy 11U and 7U All-Star baseball teams competed for state championships on Monday morning. Although both teams came up short, the two head coaches are plenty proud of their team.

The 7U team took on rival Enterprise in the championship on Monday morning. They were one of 12 teams in th field over the weekend. Troy picked up six wins over the course of the weekend to earn their spot in Monday’s championship.

“The boys played great and battled all the way through until the last pitch of the last game,” head coach Chris Ward said. “We played great as a team all the way through. They really grew up a lot with this experience. This is the first time we were able to play any all-star ball because of COVID last year. I am extremely proud of each and every one of them for the way they carried themselves on and off the field.”

Ward and the team were proud to represent the city of Troy and the Troy Recreation Department.

“We are extremely grateful for the city of Troy for allowing us to represent them,” Ward said. “Also a huge thanks to our recreation department in Troy. If it weren’t for them none of this could happen. David Dickey and Dan Smith do an amazing job and we are extremely thankful for them.”

The 11U team entered Monday in a tie with two other teams with one loss. All three teams entered a drawing to see who would have a bye and advance to the championship. Dothan American won the drawing, forcing Troy to play in an extra game. Troy fell in the play-in game 5-3.

“This is like the 38th youth team that I have coached, and to me all the good teams play as a team,” head coach David Adams said. “That’s what this was. It was a good set of kids and a good set of parents. We enjoyed the run we had. The kids bought in with what the coaches wanted to do and the worked their rear ends off.”

Adams believes his team was just a couple of bounces away from being in the championship game on Monday, but the effort from his team never wavered.

“We had three or four kids on this team who have never made a tournament team and you could never tell the difference,” Adam said. “Everybody was getting after it. We had kids making diving catches and we had pitchers going the distance. We were hitting the ball, running the bases, it was just an incredible experience and I couldn’t be prouder of them. They’ll be back.”