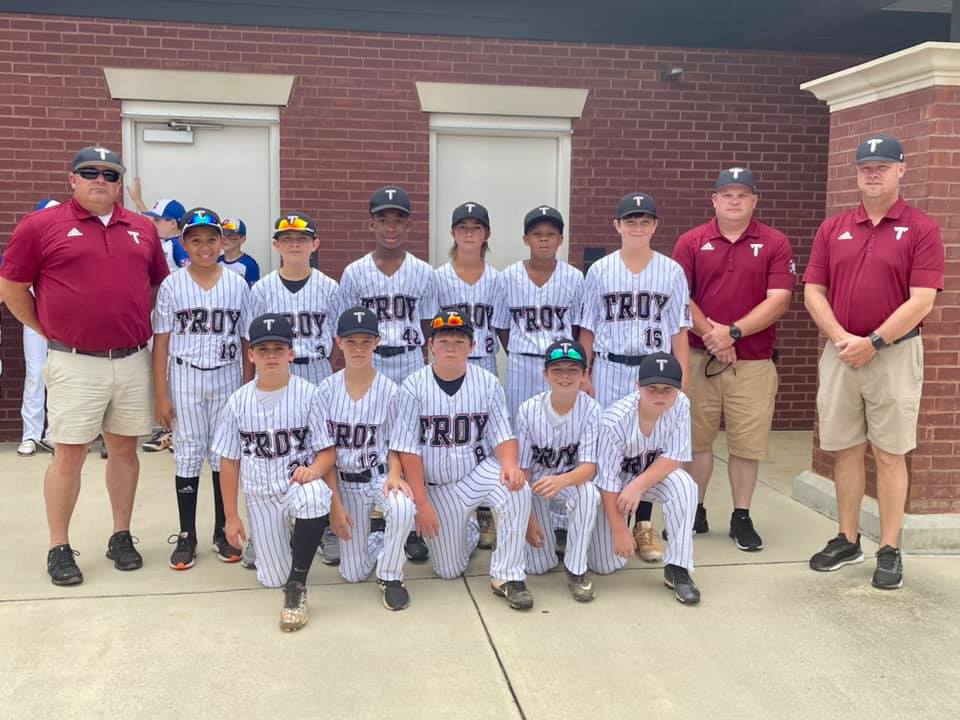 State baseball tournaments got under way in Oxford on Thursday afternoon.

The Troy Ozone Rookies began their tournament with a 9-0 win over Montgomery American on Thursday.

The win for Troy sends them into the winner’s bracket on Friday.

“A lot of headfirst slides, a lot of stealing and lot of bunting,” Head coach David Adams said. “Zero errors in a six inning game. I am just really proud of them. These kids have come a long way.”

Jackson Gierke got the start for the Troy. He pitched three innings and got the win. Dylan Westberg finished the final three innings on the mound.

“Jackson Gierke was the winning pitcher, he went three innings,” Adams said. “He did a really good job. Dylan came in and did a really nice job closing.”

Dutch Adams and Jamareon Burney both went 2-3 to lead Troy at the plate.