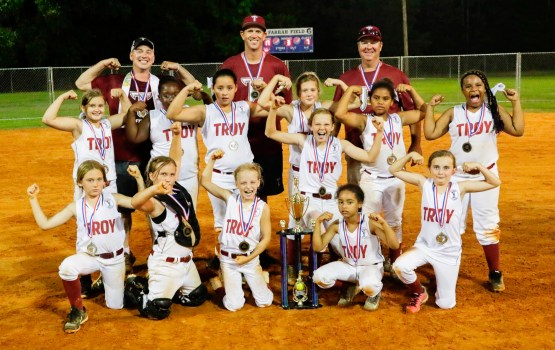 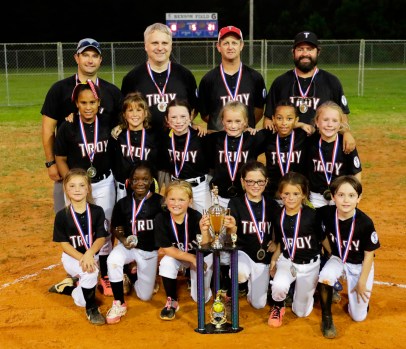 The Troy Darlings and Angels knocked off Crenshaw County to claim the championship trophy.

The Darlings defeated Crenshaw County 21-13 and the Angels stayed patient at the plate and won their championship game, 17-7.

Both teams will now advance to the state championship in July.

Ella Rhodes and Jodee Stephens each had three hits and three runs scored for Troy. Skileigh Sharp and Raeleigh Knick had three hits, while the rest of the team each had two hits.

The Angels sent Mary Clark Brown and Abbigale Stroud to the mound on Tuesday evening. Both pitchers pitched two innings for Troy.