T-Club aiming to create scholarship in honor of Mizell 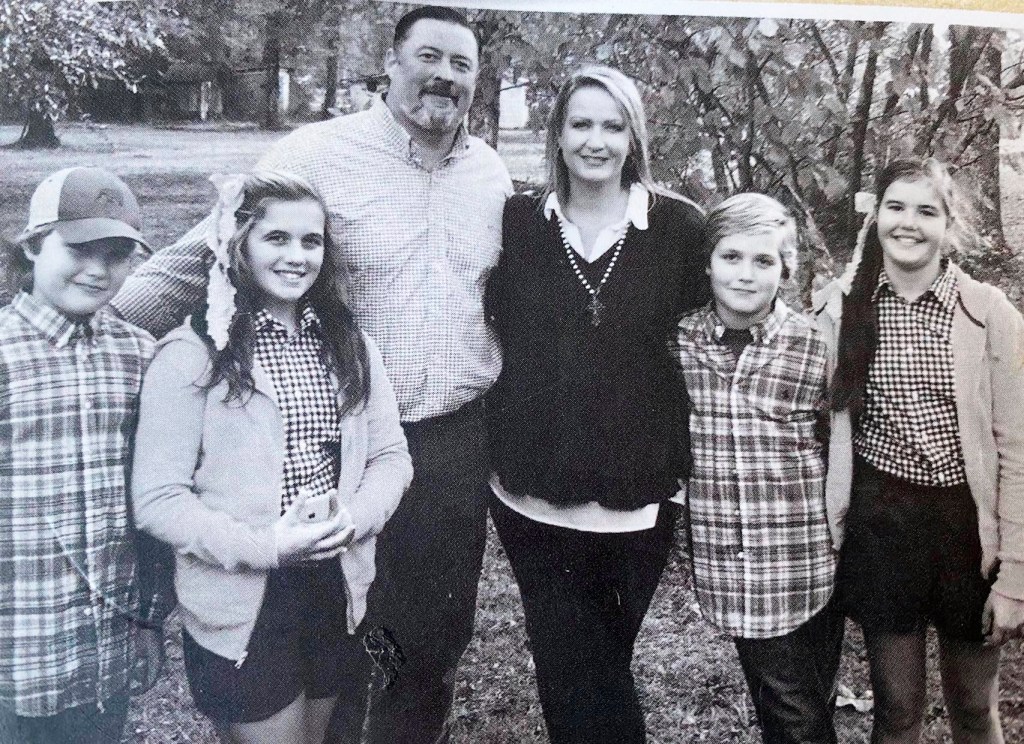 submitted photo | The Messenger Eric Mizell stands with his wife Tiffany and his children (from left to right) Bryson, Kassidy, Beaux and Kaylee.

Almost five years since the sudden passing of Eric Mizell, longtime friend Julius Pittman and the Troy T-Club are aiming to honor Mizell by creating a scholarship in his honor.

In October of 2016, Mizell passed away due to a sudden heart attack at the age of 46. Since Mizell’s passing, Pittman and the T-Club have been working on a scholarship in honor of Mizell.

“We put together, from a T-Club perspective, a scholarship through Troy University,” Pittman said. “The scholarship is available to members’ children or anyone that goes to a local school in the Pike County area.”

Students eligible for the one-time scholarship would attend Troy University. They are hopeful the first scholarship will be given out next spring.

“Eric was all about giving people opportunities, giving them a chance and see what they would do with it,” Pittman said. “We did this scholarship in his honor. Giving somebody an opportunity to get started and see where they go from there.”

Mizell played football for the Troy Trojans in 1990 and 1991. He graduated from the university with a business degree in 1992.

Mizell played a pivotal role in youth sports in Troy. He played a big role in creating the flag football program for the Troy Recreation Department.

“He was very instrumental in parks and recreation,” Pittman said. “He basically started the flag football program. He was one of the main ones that got it started.  His legacy carries on today through Charles Henderson where his kids go to school.”

Mizell and his wife, Tiffany, have two sets of twins, Kaylee, Kassidy, Beaux and Bryson. In 2015 Mizell had the opportunity to coach all four of his kids during the flag football season.

Pittman and the T-Club are confident they will reach the minimum $25,000 needed in order to establish a scholarship through Troy University.

“We should reach that this year,” Pittman said. “The reason we are giving it a big push this time around is because we are getting close to that five year number. We should be able to surpass it and then some.”

Both Mizell and Pittman raised money for scholarships when they worked together and Pittman believes creating a scholarship in his friends honor is very fitting.

“When we were doing the T-Club we were raising money for scholarships,” Pittman said. “It was very appropriate to do this and honor him by doing the same thing.”

People interested in donating can do so online by going to Troy.edu/EricMizell.