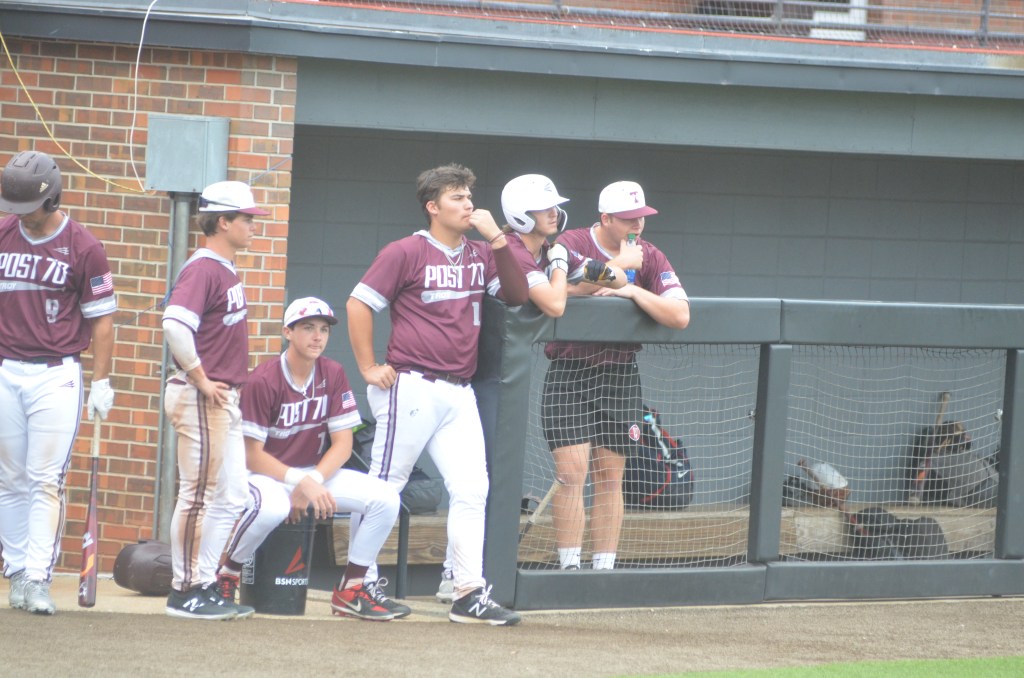 Photo/Mike Hensley | The Messenger Members of the Post 70 19U baseball team watch the game from their dugout on Friday night.

The American Legion Post 70 Father’s Day Classic was brought to sudden stop over the weekend.

Tropical Storm Claudette dumped a lot of rain in the Pike County area. Scheduled to conclude with the championship on Sunday, the classic was cancelled early on Saturday.

They closed out the classic with a 7-3 win over Baldwyn Post 130 late Friday night.

Zach Hannah started the final game of the classic for Post 70. Hannah pitched three innings and allowed three total runs, one earned run and one hit. He finished with nine strikeouts.

Owen Burrow pitched the final inning and struck out the side.

Harrison Mims had three of Post 70’s four hits. He finished with four RBI and one run scored. Kase Chirico picked up a hit and had two RBI.

Post 70, leading 5-3, put the game away with two final runs in the fourth inning.

Post 70 scored two runs in the first and second inning in their final game. Leading 4-3 heading into the bottom of the fourth inning, Post 70 picked up a big insurance run and went on to secure the two-run win.

Tanner Taylor and Jackson Blair each had two hits in the win. Taylor had two RBI and Blair had one. Hunter Keenan had a hit and a walk.