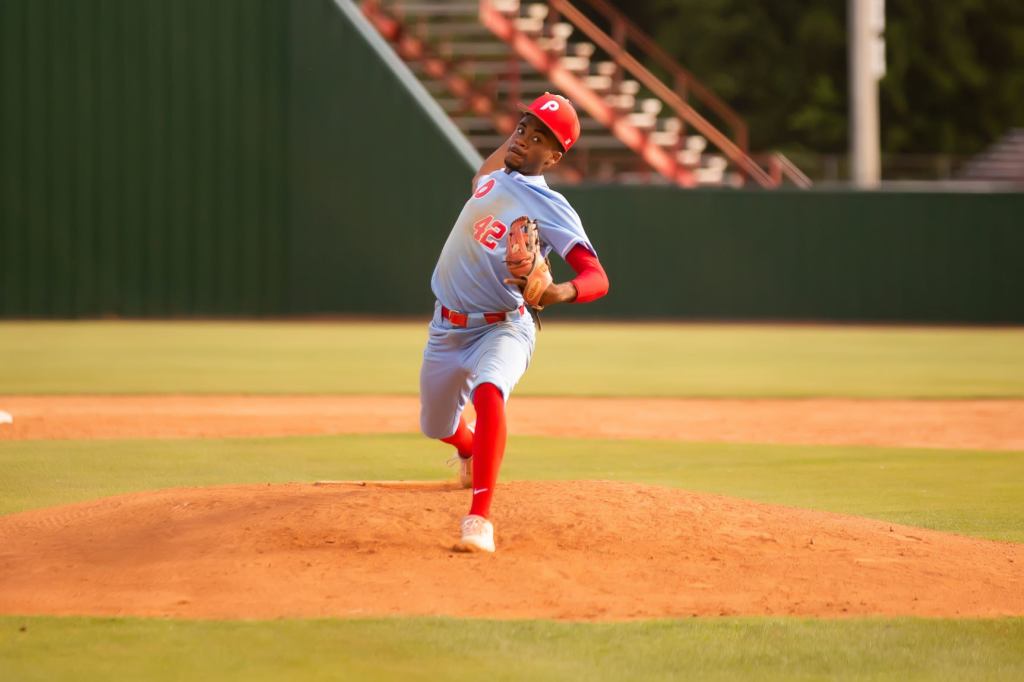 Christian and PLAS made the announcement on Thursday that the former Pike baseball, basketball and football player is heading to Tuscaloosa to play baseball.

“It feels really, really good,” Christian said. “I have been patient waiting on offers and I finally got one.”

The Buccs coaching staff as well as some familiar faces help Christian decide that SSCC was the school he wanted to be at.

“I know plenty of people that are going there,” Christian said. “I know a few of the players and I know they work hard. I want to  be surrounded by people that work hard.”

Although basketball is his first love, Christian ultimately decided to play baseball at the next level.

“Basketball was always my first love, but I have always been dedicated to playing baseball 24/7,” Christian said.

In his final year with the Patriot baseball team, Christian logged 27 innings on the mound. He finished with a 2.074 ERA. He allowed 22 walks and struck out 46 hitters. Christian and the Patriots finished the season as AISA State Champions for the third consecutive time.

“I didn’t pitch as well as I thought I could,” Christian said. “But, I pitched enough to help the team win. That was my role and that’s what I ended up doing.”

Christian won three state championships during his senior year. He helped the football team with their first state title since the 2009 season. He was a key cog in the basketball teams championship season and he finished the school year with state baseball championship in Montgomery.

“It’s amazing,” Christian said. “Not many kids get to win a state championship. Winning three in my last year is a different type of feeling.”

Christian believes his strength on the mound is his fastball. He hopes to develop two other pitches before taking the mound at Shelton State.