Trojans look to find offensive rhythm in 7-on-7 tournament 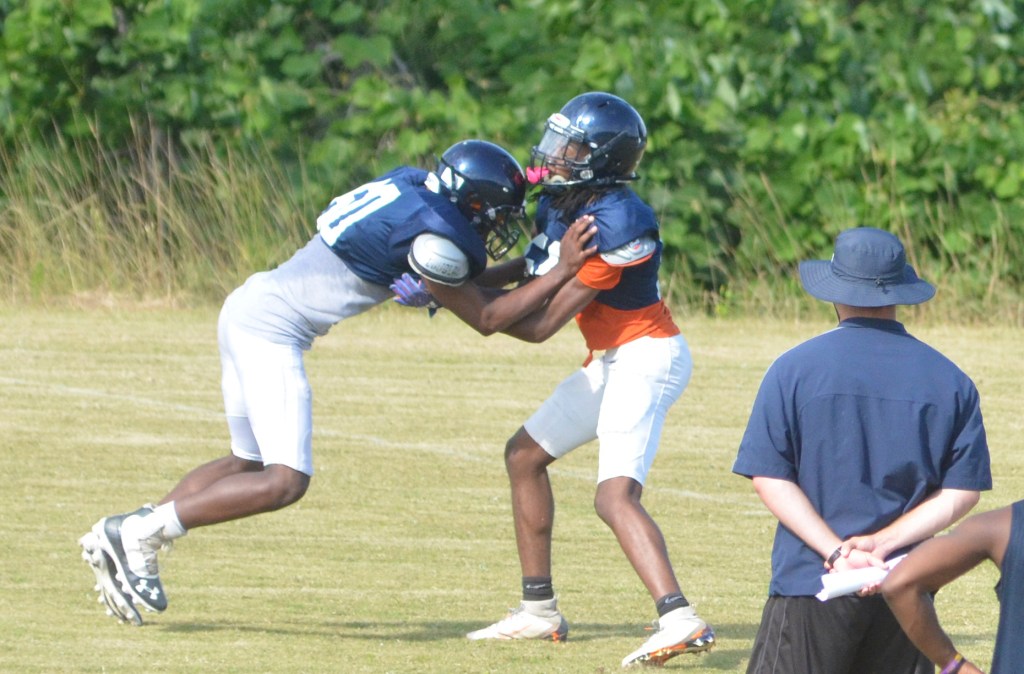 Photo/Mike Hensley A Charles Henderson receiver and a defensive back lock up in a drill during spring practice.

Troy University will play host to a 7-on-7 tournament on Thursday and Charles Henderson looks to find rhythm offensively.

The Trojans are eager to compete for the first time since they took on Park Crossing in their spring game earlier in May.

“It’s the first competition of the summer,” CHHS head coach Quinn Hambrite said. “We are excited about it. I want to see my guys compete at a high level against great competition.”

The tournament will feature teams’ offensive and defensive skill players  including quarterbacks, running backs, wide receivers, defensive backs and linebackers. Although it’s not a traditional game of football, coaches can learn a lot about their skill position players.

“It allows us to evaluate quarterbacks, seeing if they can make the right play at the right time,” Hambrite said. “Making sure they can read the defense and make they can see the difference between man-to-man, cover 2 and cover 3. It’s really an offensive drill. Defensively, we depend the defensive line to put pressure on the quarterback. When the quarterback has four seconds to throw the ball it’s a disadvantage defensively.”

The Trojans played in a spring game early this month. In their game against Park Crossing, the Trojans struggled to find any rhythm in their passing game. Hambrite is hoping to get a better look at his quarterback play on Thursday.