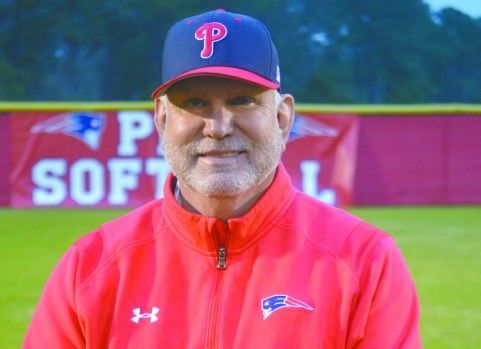 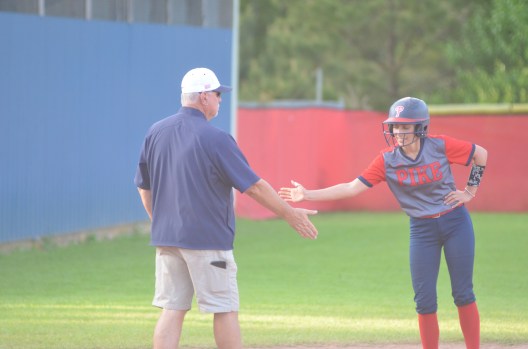 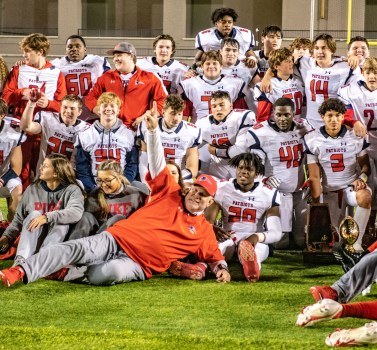 Photo/Jonah Enfinger Robert Rollan celebrates with the Patriots after winning the state championship.

Rollan started his coaching career at Holtville High School in 1984. In the 37 years since, Rollan has made stops at 11 different schools including Pike Liberal Arts, beginning in 2015.

After leading the Lady Patriots to a 30-win season in 2021, Rollan began the next chapter of his life.

“I’m getting up late and going to bed late,” Rollan said. “ I’m spending more time with my grandkids and doing more work around the house. Doing things that I need to do that I didn’t have the chance to do because of the time on the road going to work and coach. Shifting gears and going in a different direction.”

Rollan has plenty of fond memories throughout his coaching career. Coaching his players, who loved to play the game, is something Rollan will always cherish.

“I loved being around the girls,” Rollan said. “They loved playing the game. They were always an empty sponge. They loved being coached, they loved being challenged. It didn’t matter what we tried, they were always willing to give something a try. It was one of the reasons we were as successful as we were. The (players) were an open book to anything we wanted to do. That was always fun.”

Coach Rollan finished with 520 career wins as both a head baseball and softball coach. Rollan surpassed the 500-win mark during Pike’s 30-win season in 2021.

“It’s a credit to the kids I had,” Rollan said. “I was told long time ago that it’s not so much the coaching you do, it’s the kids you have. I learned from coaches when I first started that you’re not going to have a team full of all-stars. You are going to have a team full of average kids and if you can get them to work hard and believe in what you do, you are going to win a lot of ball games. The majority of my teams had average kids who worked hard and believed in what we did. They get out there and play hard. Winning takes care of itself.”

While not coaching softball at Pike, Rollan spent time as the defensive coordinator for the football team under head coaches Gene Allen and Mario White. Rollan had the opportunity to do something that many coaches and athletes don’t get a chance to do and that is go out a winner. Rollan helped lead the Patriots to it’s third football state championship at the conclusion of the 2020 season.

“I had a great time with coach White,” Rollan said. “He gave me the opportunity to go out a champion in my last year coaching football. I’ll always remember and appreciate that. I had great coaches that worked with me and made a huge difference.”

Although he spent many years coaching baseball and softball, Rollan’s first love was football.

After years of playing football, Rollan sought out advice from some his mentors about the differences of coaching football and baseball.

“I had good mentors like Roger Smith, who was an assistant at Alabama,” Rollan said. “Jones Tubbs, a head coach at Shelton State, they helped me early on to learn how to be a good, young baseball coach. Sammy Dunn at Vestavia had a big impact on my life when I was a young head coach. They taught me the difference in being a football coach as opposed to being a baseball coach and how to approach the two different games.”

Now that he is retired, Rollan will be able to spend time with the family, but he is not completely getting away from coaching. He will be coaching five, six and seven year-old football in Holtville.

“I signed up to coach five, six and seven year-old football in the Holtville area,” Rollan said. “My grandson is seven. One of my former football players in Holtville and me are going to be doing that. We are just going to have fun and get involved in the community that we used to be a part of.”