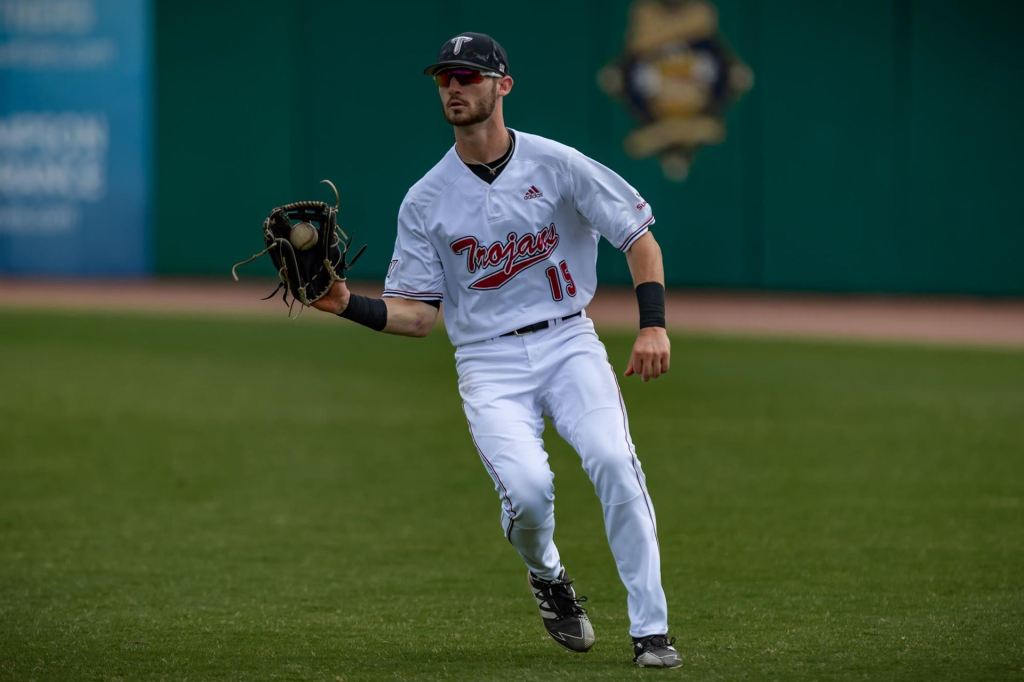 The Troy Trojans wrapped up their 2021 season with an 11-5 loss to Texas-Arlington on Friday afternoon in the Sun Belt Conference Tournament in Montgomery.

The Trojans finish pool play 0-2 and will not advance to Saturday’s semifinal round.

The Trojans entered Friday’s game knowing they were no longer in contention to advance to Saturday, UTA secured their spot in the final four with a win over Arkansas State on Thursday afternoon.

The Trojans hoped to finish their season on a high note, but a six-run UTA first inning was too much for the Trojans to overcome.

The Trojans finish the season 27-26 overall. The Trojans entered the final series of the regular season winners of six of their previous seven games. After defeating Louisiana in the opening game of their season-ending series, the Trojans dropped four-straight including their two tournament games.

“I hate that the season is over, it’s always a tough way to end,” head coach Mark Smartt said. “We didn’t play well today; it was a tough game. I’m proud of the way we finished to get to this tournament and that we played our best baseball down the stretch. Unfortunately, we didn’t play our best here in Montgomery. Most importantly, I’m really proud of what [our players] have endured the last 15 months to get to this finish line. It’s unprecedented the things they’ve had to do and go through since March of 2020.”

The Trojans allowed four home runs in the first three innings in their loss to the Red Wolves on Wednesday. On Friday morning the Trojan pitchers allowed two more.

Garrett Gainous got the start for the Trojans. The freshman allowed six runs on six hits before he was pulled with two outs in the first inning.

UTA added runs in the second, fourth and fifth innings to go up 9-0. The Trojans pushed their first run across in the bottom of the fifth inning. With two outs in the inning, Rigsby Mosley singled through the right side, driving in Drew Frederic.

The Mavericks scored their final run in the top of the eight innings.

Frederic and Sinquefield each finished with two hits to lead the Trojans’ offense.

The championship will be held on Sunday beginning at 1 p.m.