Patriots get back to work, hungry for more success 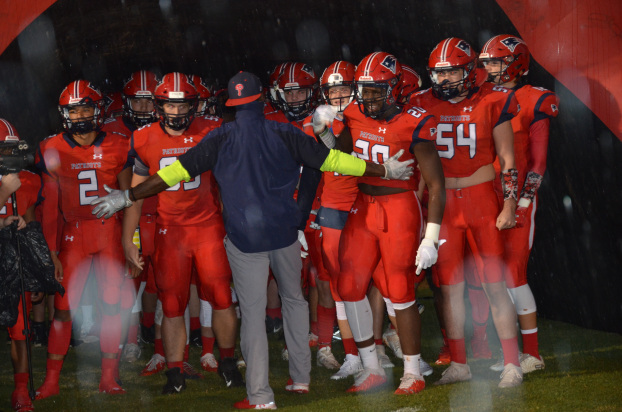 The Pike Liberal Arts Patriots football team has gotten back to work hoping to build off last season’s state championship.

The Patriots hit the weight room on Monday, starting what they hope will be a successful summer. They will participate in summer practice, but will also compete in numerous 7-on-7 tournaments, including one at Troy next month.

“We have had workouts, but we had kids playing baseball and soccer, so we really didn’t have a chance to have a spring,” head coach Mario White said. “Our official first day will be June 1. We are going to go to a 7-on-7 in troy on June 10 and then we have a few around the AISA to get everyone acclimated.”

The Patriots lost key players to graduation. The Patriots’ younger players stepped up throughout last season and so far they have stepped into the role left by last year’s seniors.

“We lost guys you could never replace,” White said, “Most of my seniors and a lot of my upcoming juniors had a huge impact on the team last year.  Those guys jumped right in with the seniors graduating. We don’t have to say much in the weight room anymore  because those guys took control of the reins and ran with it.”

In his first season with the Patriots last season, White emphasized to his players the importance of earning their time on the field. That will not change this season.

“The best man wins and that is week to week,” White said. “All the guys in the program know it’s a fluid situation and you have to come and compete each and every week. If you don’t then you won’t play. The boys accept that and they know the board will change 10 times before the season starts.”

Despite winning their first-ever championship last season, the Patriots are hungry for more success next fall.

“Every single team, baseball, football and basketball, those guys are back in the weight room and working (the next day),” White said. “We like to say the process is more important than the product. Our process is to work hard every day and take every day as a new day. The hunger is definitely there because the boys feel like they have something to prove with us losing so many good players.”