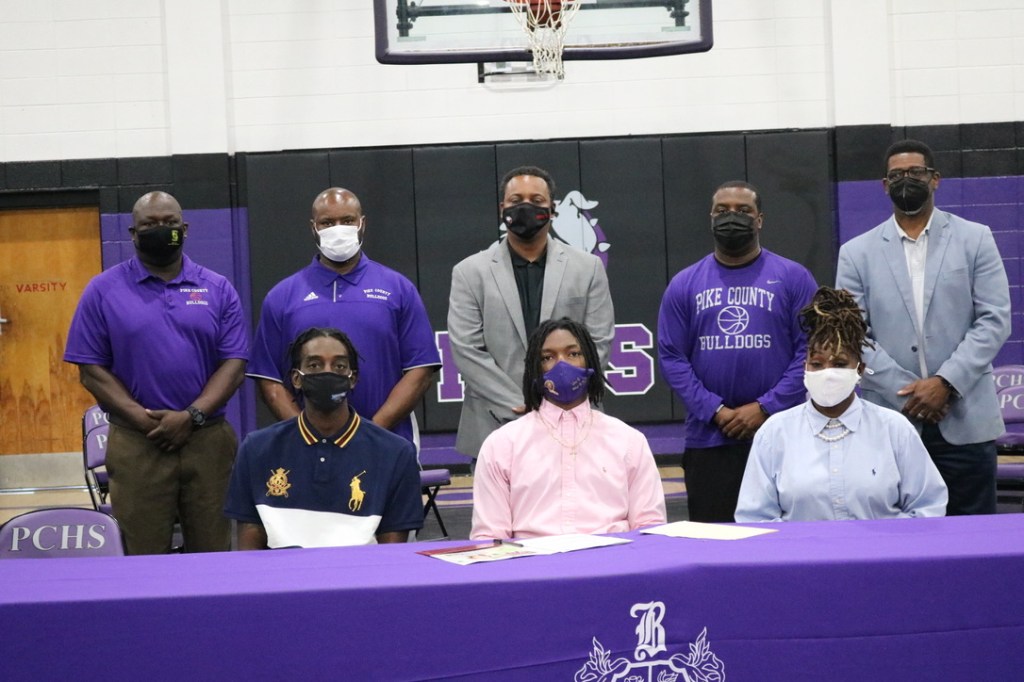 Pike County Bulldog Omar Cumberbatch will have an opportunity to continue his basketball career after signing with Alabama Coastal Community College-North last week.

Cumberbatch signed his scholarship in the school gymnasium.

“It felt good to know that I was worthy enough to receive a scholarship,” Cumberbatch said. “I was kind of nervous, but excited for the opportunity they delivered to me.”

Coastal Alabama-North is located in Monroeville, Alabama. After visiting the campus, Cumberbatch quickly realized it’s a campus full of people that are willing to offer their support.

“What piqued my interest was talking with all the teachers and getting a feel for the campus and all the students who were there,” Cumberbatch said. “It made me feel (like) I could go there for at least two to three years and feel good, knowing that others will be there to support me in the game of basketball as well as in academics.”

“He was one of my favorite teammates,” Cumberbatch said. “He motivated me to push my game further.”

During his time leading up to next season, Cumberbatch hopes to continue to work on his jump shot.

“I have to develop a jump shot,”  Cumberbatch said. “I feel like I am able to pass the ball and dribble the ball and I can easily get to the hole, but my jump shot is what I need to change to get to the next level. “