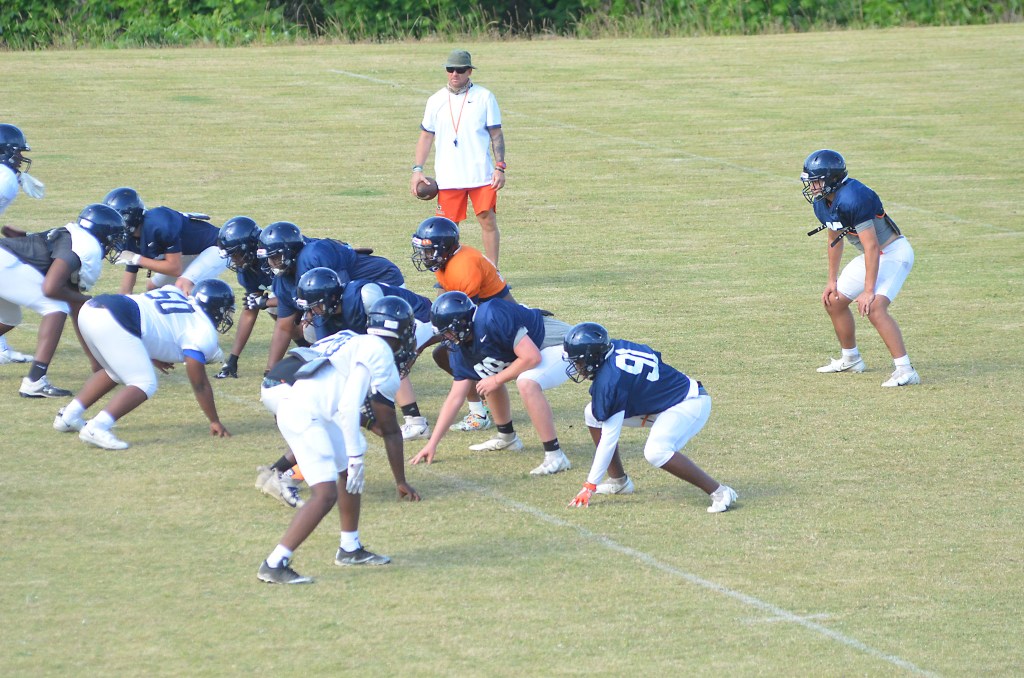 The Charles Henderson Trojans put the finishing touches on their spring schedule this week.

First year head coach Quinn Hambrite and the coaching staff welcomed a young team back to spring practice and the head coach has enjoyed what he has seen out of his team.

“We are solid,” Hambrite said. “We have a long road ahead of us, but I like the way we look on this journey. We are young, but I think we are going to solidify ourselves as a pretty good team over the next two to three years.”

The Trojans finished last season 1-8 with their only win coming against rival Carroll. The Tro-jans said goodbye to former head coach Brad McCoy and welcomed in Hambrite. After a sea-son full of struggles in 2020, the youthful Trojan team, under Hambrite, has had plenty of ex-citement and energy this spring.

“They have been getting after it,” Hambrite said. “They are flying around to the ball. They are excited and I’m excited. I love the aura and the energy they have presented in practice.”

The Trojans entered this spring hoping to become more familiar with Hambrite and his system of play. They hope to get more acclimated to his style the closer they get to the start of the season.

“The ultimate goal is for them to learn our system,” Hambrite said. “There are a few things they have there that aren’t coach Hambrite habits. The most challenging thing thus far is get-ting them mentally prepared for coach Hambrite’s system. It’s an adjustment for the coaches as well. They are responding to it very well and they are holding each other accountable. They are making sure that they do the little things in order to be successful.”

The Trojans have approximately 55 players practicing this spring. Per AHSAA guidelines, teams are able to get together for practice or a game 10 times this spring. The Trojans will close out their practice time with three practices this week and a game on Thursday night against Park Crossing.

“We are trying to capitalize on the time we have,” Hambrite said.

The Trojans will kick off against the Thunderbirds beginning at 7 p.m. at Veterans Memorial Stadium.

“I really hope the Troy community comes out to support these kids because they deserve it,” Hambrite said. “They have been working hard and they have done everything that I have asked them to do. They deserve to have the fan’s support.”

Apart from winning the game, Hambrite hopes to see his team show effort in their final outing of the spring.

“Effort is my biggest thing,” Hambrite said. “I have a competitor spirit. The biggest thing I want to see this spring is us competition every single play. We are there fighting and getting after it. Execution, effort and competition are the three things that I’m looking to see coming out of spring.”