Sheriff’s Office up to challenges 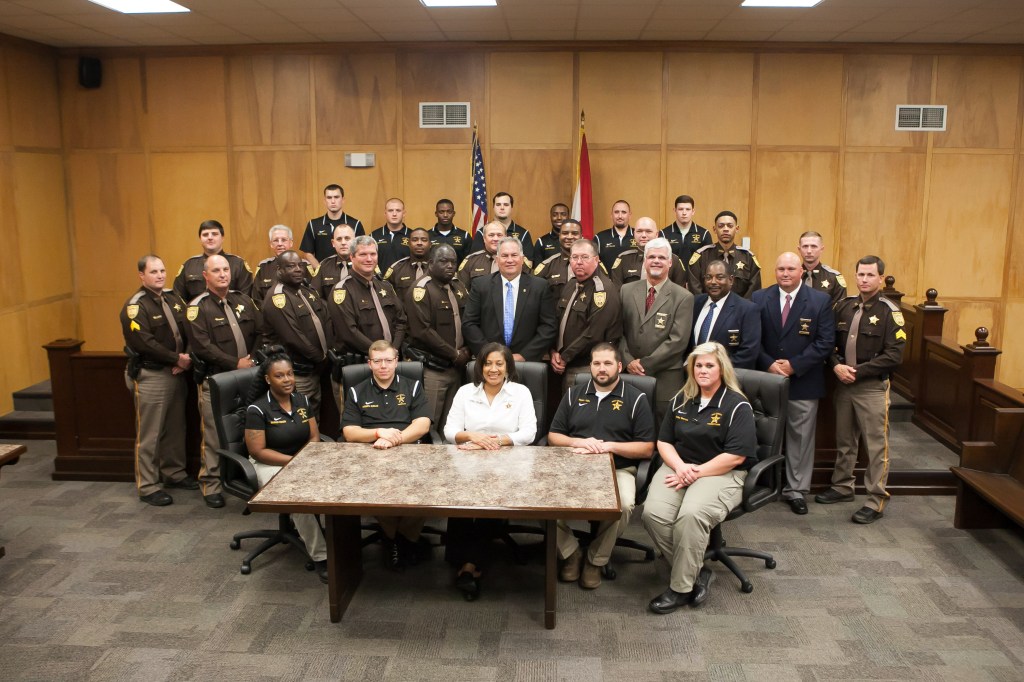 The Pike County Sheriff’s Department has a lot of responsibilities within the county, but the ultimate goal is to keep the citizens of Pike County protected.

The department includes 24 individuals working in the office, 26 in administration and 15 people working in the county jail for a total of 65 people.

Along with protecting the citizens of Pike County, the department is also an extension of the court system.

“There are a lot of balls to keep in the air,” Thomas said. “We have three circuit judges and one district judge. We have a juvenile court and probate court. We have a jail we are responsible for. There is a lot to do every day. We don’t have any days where we don’t have anything to do.”

In Thomas’ 27 years as the Pike County Sherriff, the county has tripled in size. Because of that, the demand for service has also increased.

“We are seeing an increase in the court system and the civil processes that are field,” Thomas said. “Our jail population continues to increase. We have more to do.”

The department also helps out at various school activities including sporting events and festivals.

“Whenever something is going on in the community we are there to provide security and to show our support,” Thomas said. We have a lot of things to do.”

With the increase in size comes more crime. Whether it’s marijuana or cocaine, the sheriff’s department is dedicated to keeping the drug problem at bay in the community.

“It seems to be a constant no matter how many people you arrest or catch,” Thomas said. “It may change from Marijuana to cocaine or crack to meth or synthetic drugs. It goes up and down, but drugs are a constant in our society and It’s a battle.”

The department, who is in charge of the county jail, will have a new facility in the future, after being in their current one since 1957.

“We were forced to build one because this one was falling in,” Thomas said. “We had to remove six feet from the top of jail and secure it with steel beams all the way around. This jail was built for 40 people in 1957 when the population was 10,000. We run 75 to 80 a day, and we have a lot of females. That jail was designed to hold all that. It’s very cramped and crowded down there. It will be good to have a new facility.”