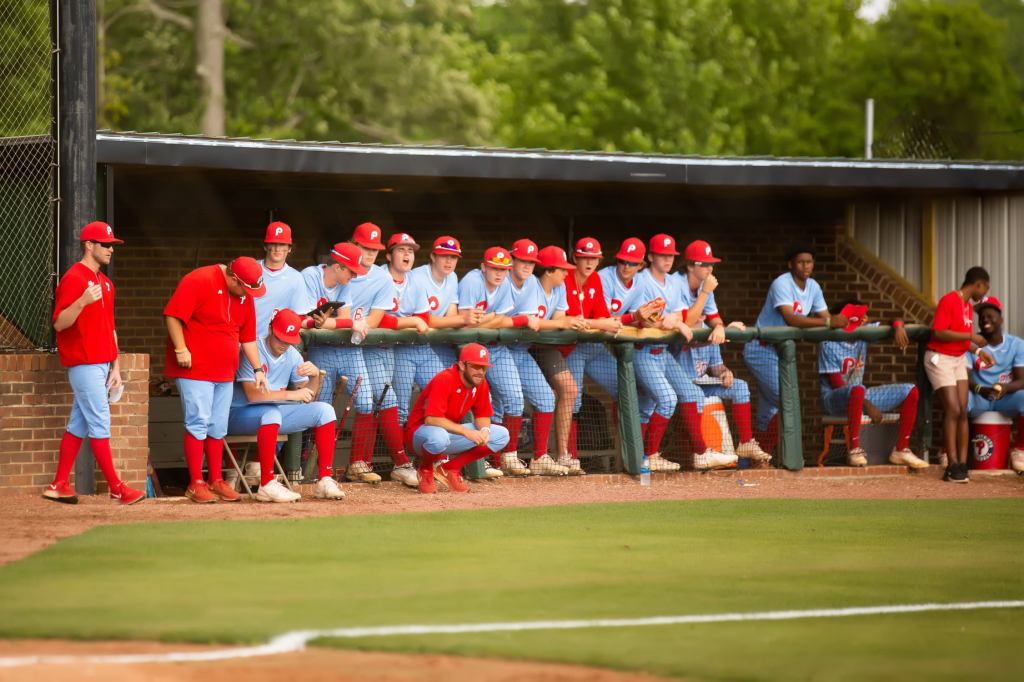 Candace Nelson | The Messenger The Patriots watch from the dugout during a game against Morgan Academy.

The Pike Liberal Arts Patriots begin their journey to what they hope is a third consecutive state championship when they take on Bessemer Academy at Paterson Field in Montgomery.

The Patriots and Rebels will begin a best of three series at the famed stadium beginning at 10 a.m.

The Patriots earned a berth in the championship after knocking off Morgan Academy in Selma last Wednesday in what was a series sweep of the Senators.

After earning a first round bye in the postseason, the Patriots opened the playoffs with a series sweep of Tuscaloosa Academy in Troy.

The Patriots and Rebels have met three previous times this season with the Patriots winning two of them. All three of the meetings have come in a tournament setting. Both of Pike’s wins over the Rebels came in one day. Walker Stallworth threw a no hitter in a 9-0 win for the Patriots over the Rebels. He finished the contest with one walk and had 10 strikeouts. Mayes White finished that contest with two hits and five RBI. Earlier in the day Javon Christian and Drew Nelson combined to shutout the Rebels in five innings.

The Patriots lost their first meeting with the Rebels, 9-4 in late February.

The Rebels swept Glenwood in the semifinals to reach the championship. They defeated the Gators by scores of 10-9 and 15-0.

Game two will begin shortly after the conclusion of game one. If a third game is necessary, it will be played on Thursday at 11 a.m.