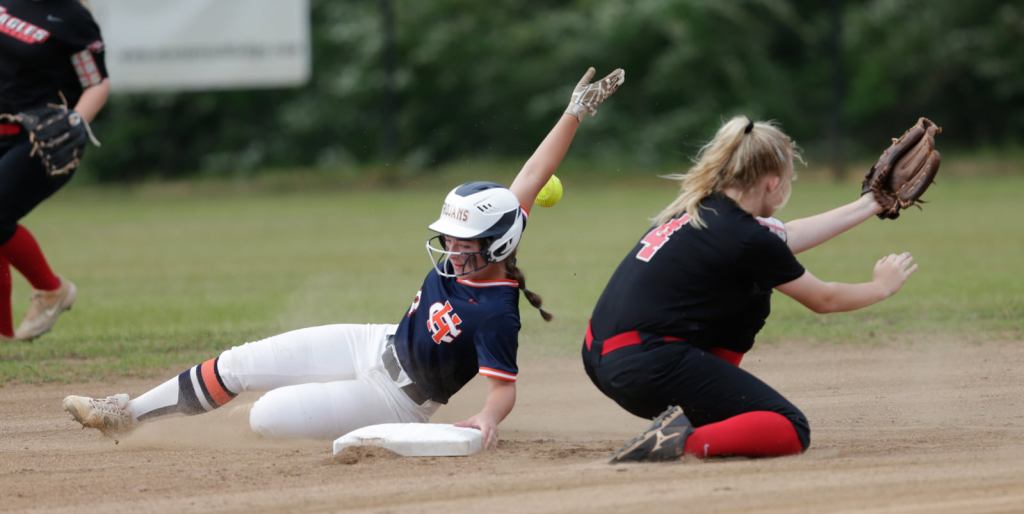 Dan Smith | The Messenger A Charles Henderson baserunner slides in safely against Carroll.

The Charles Henderson Lady Trojans will begin play in the AHSAA South Regional Tournament in Gulf Shores on Wednesday.

After finishing in second place in the area tournament last week, the lady Trojans will begin the tournament against Area 2 winner Faith Academy in the second game of the day in Gulf shores.

“I’m very proud of what we’ve accomplished so far this season,” said head coach Khadija Neely. “We’ve improved throughout the year and I’m excited to see how we perform at regionals. It’s been a very fun season, the team has really bonded and you can tell on the field. I hope we can advance to state, but if that’s not the case then I know we’ll fight to the end and have fun doing it.”

The eight teams will square off in a double elimination style tournament with the top two teams moving on in the postseason.

The winner of Charles Henderson and Faith Academy will take on the winner of Elberta and Carroll in the winner’s bracket, while the losers of the two games will square off in an elimination game later that day.