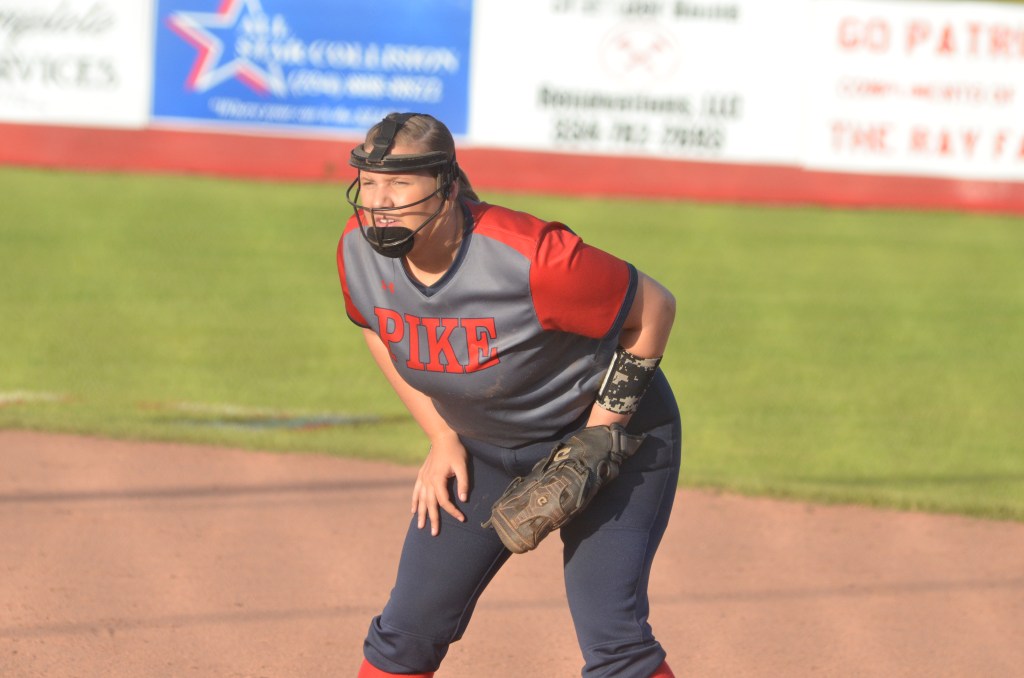 The second seeded Patriots began the afternoon with a matchup against third seeded Fort Dale Academy.

The Patriots entered the bottom of the seventh inning trailing by one at 5-4. A two-run Morgan Bundy double gave the Patriots a walk-off 6-5 win over the Eagles.

The Patriots had back-to-back one out singles in the seventh by Amity White and Ally Rushing. Bundy’s double traveled to right field allowing both runners to score, sending the Patriots into the winner’s bracket.

Rushing got the start for the Patriots. Rushing pitched all seven innings and allowed five runs, three earned runs and seven hits. She had six strikeouts.

The Patriots had three home runs in game one. Bundy and Rushing each picked up two hits and combined to have three RBI.

The Patriots had single runs in the first inning as well as in the third, fourth and fifth innings.

Emily Dean scored the first run of the game in the first on a RBI groundout by Emily Bryan.

Two innings later the Patriots doubled their lead to 2-0 when Bryan homered to right field.

The lead grew to three when Mikalah Griffin homered to center to lead off the bottom of the fourth.

After Fort Dale scored their first run in the fifth, Rushing hit Pike’s third home run of the game in the bottom of the fifth to give the Patriots a 4-1 lead heading to the sixth inning.

The Eagles led off the top of the seventh with a home run to center cutting their deficit to just two runs at 4-2. Three hits and a Patriot error later and the Eagles had their first lead of the game at 5-4. A lead they would lose in the next half inning.

The Lady Patriots were held off the scoreboard in their game two loss to Bessemer. The Rebels scored a run in the first inning and a run in the fourth and that was all they needed in their 2-0 win over the Patriots.

Dannah Dawson got the start for the Patriots. Dawson pitched all seven innings. One of the two runs allowed was unearned. She allowed seven hits and finished with eight strikeouts.

The Patriots trailed 8-2 to the Volunteers in the sixth inning. They got to within two, but ultimately fell 8-6.